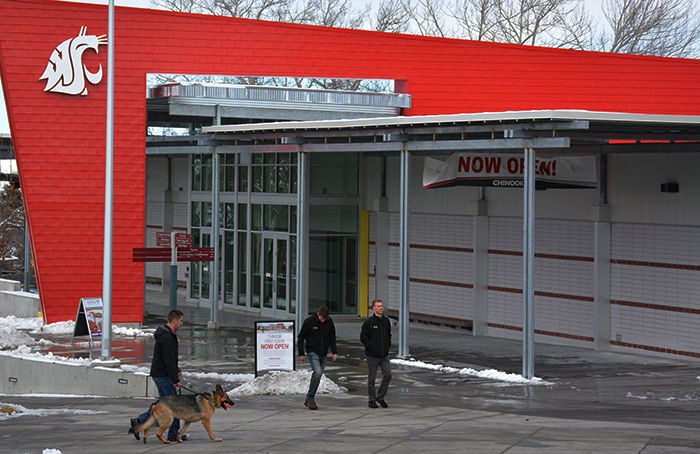 The first floor of the Chinook Student Center opened Feb. 21.

WSU is using a $98 student fee to pay off loans taken out by the university to fund the Chinook Student Center construction.

The overall budget for the project was $32 million with the Absher Construction Company, based in Puyallup, according to the WSU Capital Project list.

The project was paid for by a bonding process, WSU Project Manager Darryll Sherman said.

A loan is taken out for the construction to be done, he said, so the new student fees go directly toward paying off those loans.

Although the first floor opened on Feb. 21, the other floors remain closed due to continued construction, he said.

“Weather has been an issue, but overall, it’s a complex project and has been challenging in that respect,” Sherman said.

“Anytime you’re dealing with the building being a conglomeration of different buildings, issues are run into with the construction,” Sherman said.

Larges holes were cut into the structure to make the building feel more open, he said. The Chinook should feel more like a mall after completion.

The multipurpose rooms are now two stories and large portions of concrete have been moved around the building, he said. Because of this, structural challenges have arisen, and the other floors will be opened as they are completed.

Despite the challenges, “it’s going to be a beautiful project when it’s done,” Sherman said.