Inflammation can lead to progression of diseases like diabetes, cancer 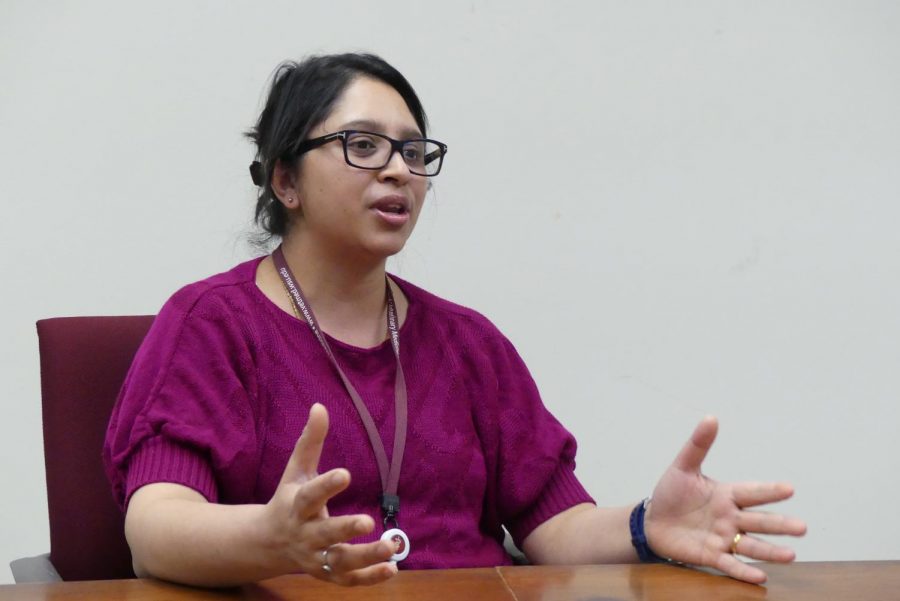 Swechha Pokharel, a co-researcher and graduate student, speaks about a new way cells become inflamed that was previously unknown Monday at Bustad Hall.

Researchers at WSU found that a certain type of cholesterol in the body could be linked to cancer and other heart health issues.

Santanu Bose, professor in the department of veterinary microbiology and pathology, said inflammation is a “double-edged sword” because it is needed to help fight infection, but chronic over-inflammation can be harmful and even deadly.

“Scientists all over the world are appreciating that inflammation is one of the biggest killers because so many diseases either develop or become worse because of inflammation,” Bose said.

He said inflammation occurs when a cell senses something foreign like a pathogen, virus or bacteria with an antenna-like structure called pathogen recognition receptors.

After the pathogen triggers cellular PRRs, an integrin, a structure on the outside of a cell, attracts immune cells to fight the infection by emitting a chemical cue in the blood for immune cells to follow, which ultimately culminates in inflammation.

Bose said inflammation can also be caused by things in our own body such as cholesterol. Sometimes a high-cholesterol diet can cause an excess of harmful inflammation, he said, but sometimes people who have healthy diets can still suffer the harmful effects of high cholesterol.

Bose said it was not fully understood why this happens.

Swechha Pokharel, a co-researcher and graduate student, said they found a new way to trigger inflammation that was previously unknown. They found that a modified version of cholesterol produced within the body known as 25-hydroxycholesterol, or 25HC for short, can cause our bodies’ integrin receptors to promote inflammation.

Bose said 25HC can bond to the integrins and cause inflammation in cells, leading to potential health implications such as heart disease or cancer. Several studies have found that people who took long-term statin drugs to lower cholesterol experienced lower rates of cancer, showing a link between cancer and cholesterol.

The researchers said this study was collaborative and done in cooperation with cell biologists Jonathan Jones and Zachary Colburn from WSU’s School of Molecular Biosciences, as well as Senthil Natesan and Jeevan GC from WSU’s College of Pharmacy and Pharmaceutical Sciences.

Bose and Pokharel said this research has helped them understand the structure of integrins bound to 25HC and has opened up possibilities of developing drugs that would bond to the integrins to prevent inflammation by preventing 25HC from bonding with integrin.

Bose said they are working with WSU’s Office of Commercialization to develop 25HC-based therapeutic technology. He said a therapeutic drug that could treat inflammation this way could be a more effective way of helping people with various inflammatory diseases like deadly pneumonia.

Pokharel said she hopes her research can help people that are suffering, but the medical implications of this research could take some time due to the lengthy processes involved in the development of therapeutic drugs for patients.

“We don’t do science for business,” she said. “We do it for passion and to help people.”