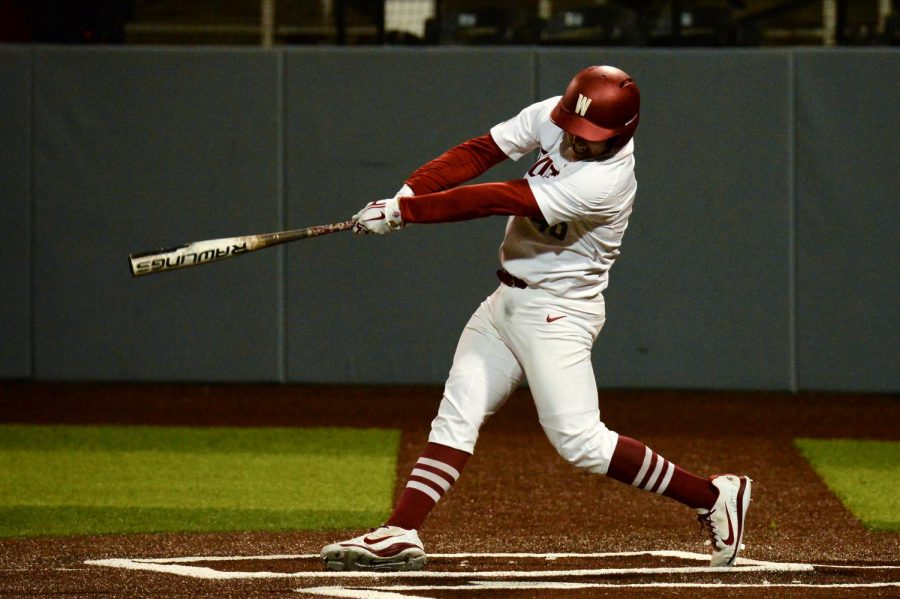 Freshman catcher Bradley Polinsky swings his bat during the game against Oregon on Apr. 12 at Bailey-Brayton Field.

WSU baseball was shut down 4-0 by USC on Thursday night in Los Angeles in the opener of a three-game series.

The Trojans (16-20, 7-9), who beat Pepperdine 5-2 on Tuesday, came into the matchup with momentum and took the lead in the bottom of the second inning.

Freshman left-handed pitcher Ky Bush started for the Cougars (8-26, 1-12) and got in a jam in the second inning. The Trojans offense managed to get two runners on base and a single brought a run home to give USC a 1-0 lead.

USC continued to build its lead as they put Bush into another jam in the third and scored another run to take a 2-0 advantage.

The Trojans defense and Lunn was stout throughout the game, keeping the Cougars scoreless.

USC would pile on a pair of runs in the bottom of the eighth inning on an RBI single and a WSU error. The Trojans led 4-0 and kept it that way in the ninth to secure their second straight win.

The Cougars will look to bounce back in game two of the series 6 p.m. Friday at Dedeaux Field.