WSU battles tough competition including No. 2 Arizona State, No. 6 USC 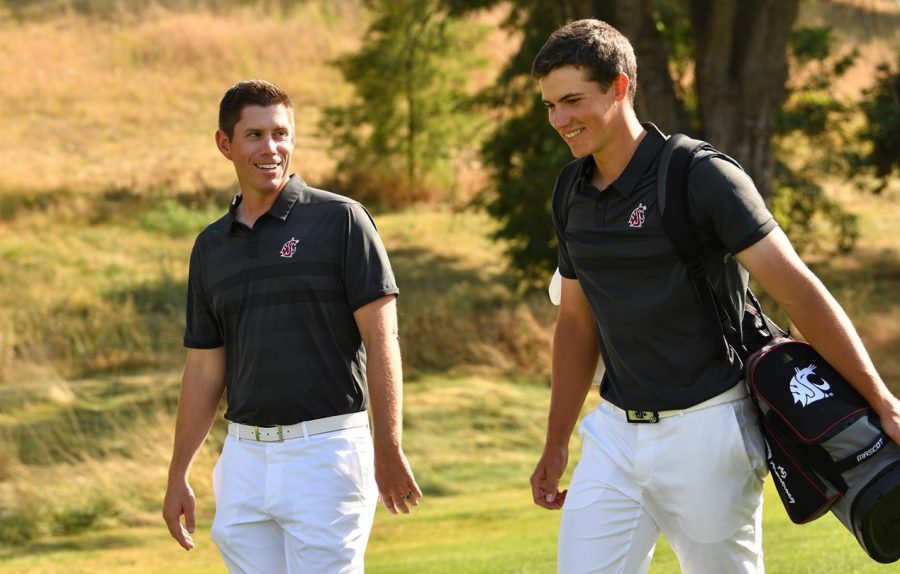 WSU men's golf will compete in the Pac-12 Championships this Monday through Wednesday in Eugene, Oregon.

WSU men’s golf heads down to Eugene, Oregon to compete in the Pac-12 Championships this Monday through Wednesday.

The Cougars had a great fourth-place finish at the UC Irvine Invitational in February, but the rest of the season presented many challenges in one of the toughest conferences in the nation.

WSU will have some tough competition this week as it will face four top-25 teams, including No. 2 Arizona State and No. 6 USC.

Head Coach Dustin White said it’s going to be a battle competing with these teams, but they are ready to show everyone what they got.

“Our conference is the best in the nation from top-to-bottom,” White said in an email. “This makes for an elite field and a super competitive atmosphere.”

In their last five tournaments, the Cougars have had their fair share of problems while failing to place in the top 10. WSU has struggled despite putting up solid scores, including from junior Daniel Kolar, who leads the team with an average of 74.03 per round.

White said it’s important to remain as focused as they did last year when they claimed their best finish ever at the championships in seventh.

“Last year was our best finish, and we’ll look to improve on that this year,” White said in an email. “We are always striving to raise the bar.”

White said that they need to work hard over the duration of the championships and not worry about the other teams that are expected to finish ahead of them.

“We just need to focus on what we can control,” White said. “We’re working on playing as hard as we can until we run out of holes.”

The Sun Devils have placed first or second in nine of their 10 tournaments this season and are favored to claim the conference title.

Play begins 7:15 a.m. Monday and the Cougars tee off at 8:21 a.m. The third and final day of the Pac-12 Championships will be broadcast live on Pac-12 Networks starting at 2 p.m. Wednesday.