Students should vote for artists at Springfest for more enjoyable experience 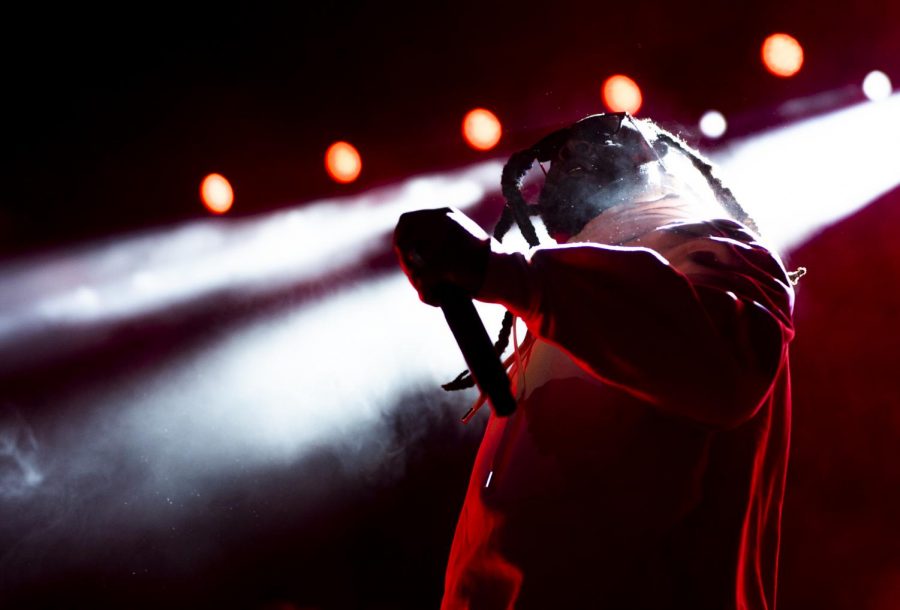 T-Pain performs during the 2019 SEB Springfest on Friday night at Beasley Coliseum.

With another year of Springfest having come and gone, students are left divided on how the concert went. If you have a strong opinion about it, you should vote.

“It’s important for [Student Entertainment Board] in general to appeal to the widest range of students,” said Director of Special Events Sarah Sehrt.

Having worked at SEB for over three years, Sehrt played an integral part in managing concerts and giving the students at WSU enjoyable live experiences.

“This year we spent more of our allocated budget than we usually do to book T-Pain,” Sehrt said. “It was a bit of a gamble as his rates were higher, but we sold over 4,300 tickets — far more than any other Springfest in the past four years.”

With artists like Billie Eilish and Khalid performing in years past, WSU has had great luck booking artists right before they go global. Students who have attended previous SEB events had only good things to say about concerts past, even if they didn’t know the musician at the time.

This year, things were different. With a “throwback” theme, T-Pain and 3OH!3 sent many students into a frenzy.

“We’ve been waiting in line since 11 in the morning,” said Trent Madison, a sophomore communications major.

Madison claimed T-Pain was the only reason he bought tickets to Springfest this year, and after waiting in line for over seven hours, his dedication to be in front paid off.

“Last year was fun because the concert was outdoors, but no one really knew who Billie [Eilish] was so it was hard to get into her music,” Madison said.

In terms of booking artists for Springfest, SEB has never really had a theme.

“Every single year students would complain that they had never heard the artist before, so we don’t end up selling many tickets,” Sehrt said. “This year, nobody had an excuse not to know the artists because, c’mon, we all listened to them in our childhood.”

SEB typically sends out a campus-wide survey every fall with a master list of musical artists so students can vote for who they want to see live the following spring semester.

“My agent told me that T-Pain is really popular in the college circuit,” Sehrt said. “After getting the results back from the survey, T-Pain was well ahead of any other artist.”

With 3OH!3 ranked 10th in the survey SEB had enough money to bring them on as a headliner, leading to the whole throwback theme. Having outsold previous iterations of the festival, students seemed to be into it.

“Last year’s concert didn’t go as planned,” Sehrt said. “The director thought that they would differentiate the artists so much that it would appeal to more students, but it ended up not working.”

SEB hasn’t thrown many concerts this year — they chose quality over quantity with their allocated budget.

“We brought Springfest outside initially because we wanted to see a more festival type of event,” said. “It’s been hard recently to fund the festival outside while funding enough activities for people to do throughout the year alongside a good concert.”

By holding Springfest at Beasley Coliseum, more tickets can be sold, inclement weather doesn’t affect the event and no one has to set up a stage in the middle of a street.

The best way to see the artist you’re hoping for is to take the Springfest survey — by participating, the better chance a particular artist will come. While SEB probably can’t get Ariana Grande or Drake to come perform, students hold all the power on what kind of concert Springfest will be each year.

If you liked the throwback theme this Springfest, vote for them again next year. If you never want to hear another song from your childhood, vote for someone else — and tell your friends to vote too.

“Honestly, I would love to bring Post Malone back, but his rates are about 100 times more expensive than what our budget can bring,” Sehrt said.