Baseball looks to rebound against No. 2 Oregon State 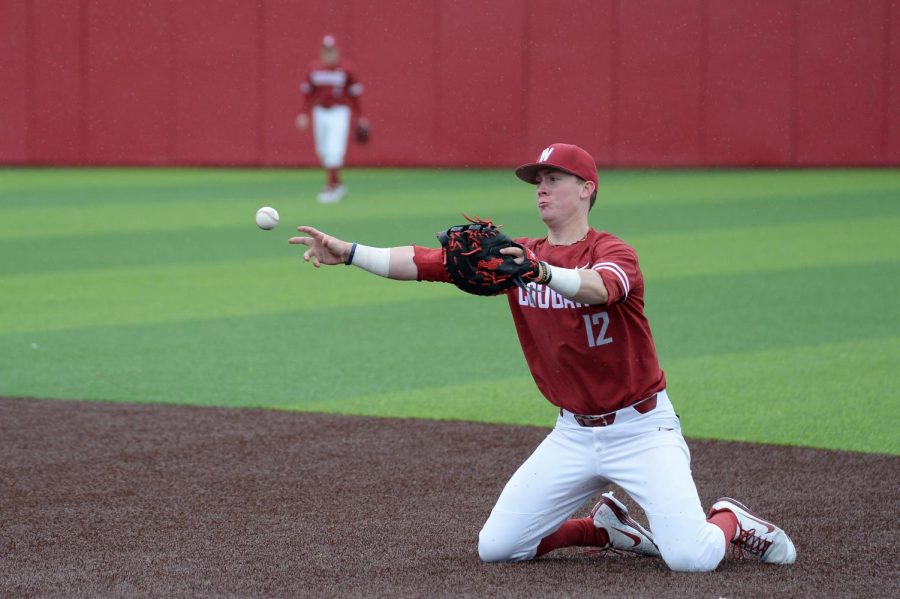 Sophomore first baseman Jack Smith throws the ball to first to force out the runner after diving to block the ball from going to the outfield during game two or the series against Oregon April 13 at Bailey-Brayton Field.

WSU baseball makes its way to Corvallis, Oregon, to take on the No. 2-ranked Oregon State Beavers for a three-game series starting Friday.

The Cougars (8-28-1, 1-13-1) are coming off of a series loss against USC, including a tie in the series finale. WSU also dealt with a loss against Gonzaga 8-5 in Spokane.

The Beavers (28-10-1, 14-4-0) recently swept the University of Arizona’s ballclub, outscoring their squad by an impressive 32-10 throughout the series.

Although they didn’t get the win against USC, WSU junior left-handed pitcher A.J. Block, who pitched in the game for a season-high six innings, said he enjoyed their performance.

“We got to their starters pretty earlier in that third game [against USC],” Block said. “Dillon Plew obviously nailed that huge grand slam and that kind of got the ball rolling. Being able to pitch and play defense with momentum from the offense is huge.”

This was the second series in a row that WSU managed to avoid a series sweep in the final game. Senior shortstop Andres Alvarez said the key to this was having fun.

“We just want to win one game,” Alvarez said. “We always want to walk away with at least one win, never wanting to get swept. We really need to finish those games because they’ve all been really close. In both of those games, we’ve been just three outs from winning and the game just gets longer.”

Alvarez nailed an impressive four hits out of his six at-bats during the Cougars’ series finale tie against USC last Saturday. Last year, Alvarez was the only player on the team to start in all 50 games for WSU during the season. He led the team with 16 doubles and nailed a similar performance to his four-hit game last Saturday, with a five-hit game.

Two of OSU’s four Pac-12 losses come from UCLA, a squad WSU will face later in May. Despite the tough schedule ahead of the Cougars, Block said he was optimistic.

“I think we got a lot of good young guys who are getting plenty of good chances, especially at the back end of our bullpen,” Block said, “and they’re stepping up in a huge way. They kind of need to though, but for them to step up in their first year, as a freshman, is pretty huge for us.”

Block managed to record a season-high eight strikeouts during his performance against USC, as the offense helped power him and the defense to efficient play.

The Beavers won the College World Series last year, the third time they’ve won since their first win in 2006.

Block said he and the team know that this weekend will be an important one.

“This is big,” Block said. “They’re defending champs from last year. We got three Pac-12 teams ranked in the top ten. They’re going to be a very good team as they always are. [Corvallis] is always a great environment to play in. It’s a smaller stadium, but they always seem to sell it out.”

First pitch will be at 5:35 p.m. on Friday and will be followed by two day games on Saturday and Sunday at Goss Stadium at Coleman Field.