Cougs host invite in Pullman, travel to Corvallis before Pac-12s 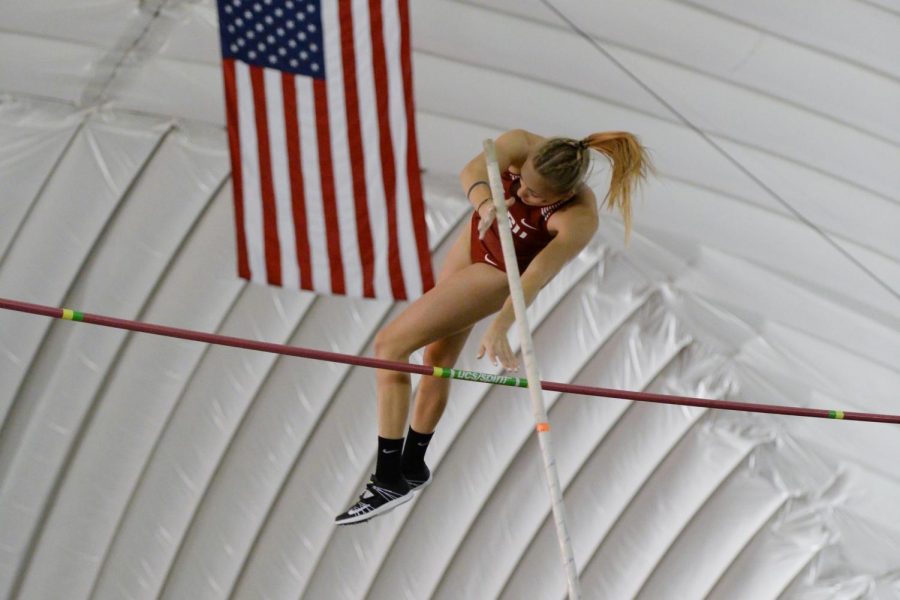 Redshirt junior Molly Scharmann clears the bar in the pole vault at the WSU Indoor Meet on Jan. 19 at the Indoor Practice Facility. Scharmann placed first in the event with a vault of 3.90 meters.

WSU’s track and field teams will wrap up their regular season over the weekend in Corvallis, Oregon and Pullman.

Director of Track and Field Wayne Phipps said most of the athletes will compete in Pullman with the exception of four distance runners who will compete at the Oregon State High Performance in Corvallis.

Phipps said the meet is low-key and thinks his athletes are excited about competing at home.

“We always seem to have amazing performances at home,” Phipps said.

Phipps said usually the goal is to get better week by week. However, this week the goal is to increase the number of athletes going to the first round of the NCAAs, which will move the team up in the Pac-12 rankings.

Senior Chrisshnay Brown said the team wants to show people who WSU is by making a track statement with more athletes who post a qualifying mark. When more people qualify, there are more people there to support, which is why she thinks there’s a drive to get more people to regional competitions.

Brown said she struggled physically and mentally during last week’s meets. She wants to compete in her final home meet but will see how she feels during warm-ups before competing.

Brown said she would like to break the school record during the upcoming meet. Having a home meet means more opportunities to watch and support teammates, she said.

“It’s really a family atmosphere when we compete at home because we have everyone here with us,” Brown said. “We have our friends. We have our family.”

There are nine seniors on the women’s team and 14 seniors on the men’s team who will compete in their final home meet. The Cougar Invitational will start at 10 a.m. with women’s javelin, women’s long jump and men’s hammer at the Mooberry Track and Field Complex.