OSU edges WSU by one run in extra innings 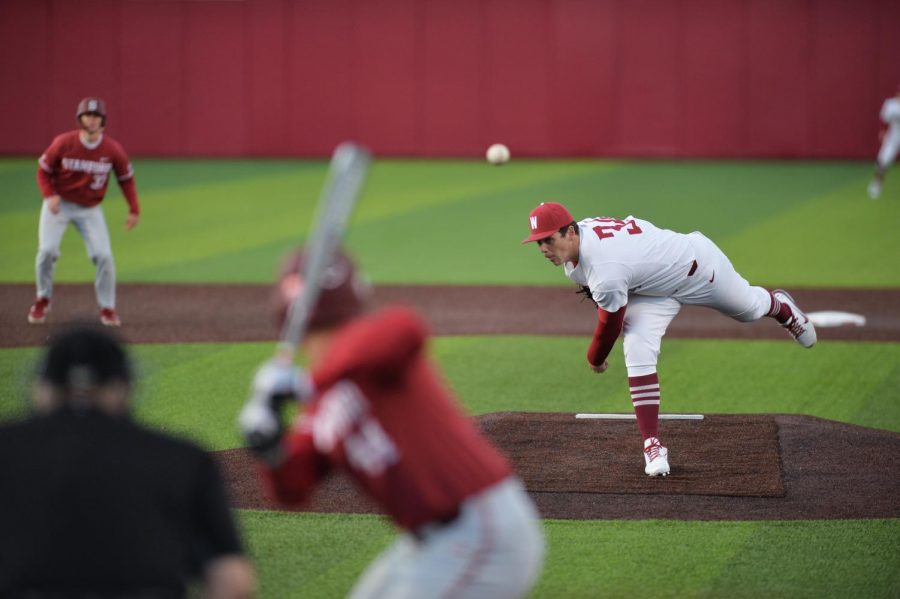 Freshman pitcher Ky Bush pitches in a game against Stanford on March 29 at Bailey-Brayton Field.

WSU baseball fought through 16 innings but ultimately dropped its third straight game with a 4-3 loss to No. 2 Oregon State on Saturday in Corvallis.

It was the second-longest game in terms of innings in WSU history.

Block looked solid through the first two innings as he mowed down a tough Oregon State (30-10-1, 16-4) lineup.

In the top of the third inning, freshman catcher Bradley Polinsky reached base on an error and was able to advance to third thanks to a wild pitch. He would eventually score off a sacrifice fly from junior infielder Dillon Plew to give WSU an early 1-0 lead.

Block remained locked in as he continued to fool the Beavers with a mix of a two-seam fastball and a nasty curveball to maintain the Cougars lead.

In the sixth inning, freshman outfielder and left-handed pitcher Tyson Guerrero hit an RBI double to right center to bring in sophomore infielder Jack Smith and increase the Cougars lead to 2-0.

Fortunately, WSU bounced back in the top of the eighth when Smith hit a sacrifice fly to right field to tie the game at 3-3.

Guerrero came into pitch in the bottom of the ninth looking to send the game into extras. He would go 6 2/3 scoreless innings giving up only three hits and striking out six Beavers.

Sophomore left-handed pitcher Bryce Moyle surrendered the winning run in the bottom of the 16th on an RBI single down the left field line to give OSU the 4-3 win.

The Beavers outhit the Cougars 13-10 in the game and OSU pitchers struck out a school record 23 batters.

First pitch for the series finale is set for 1:05 p.m. Sunday at Goss Stadium.