The Daily Evergreen • May 3, 2019 • https://dailyevergreen.com/56511/special-editions/no-worries-attitude-hard-work-helped-senior-graduate-on-time/ 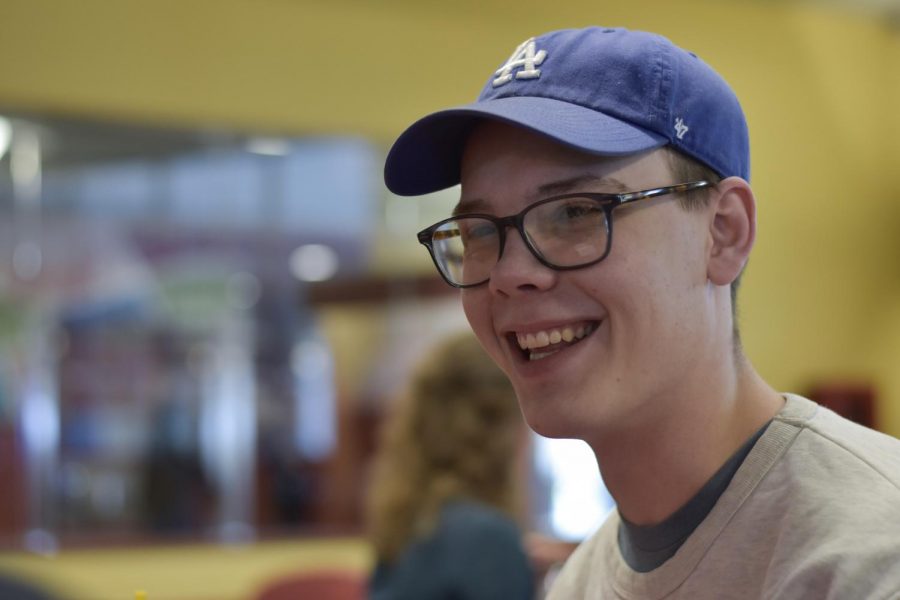 Morgan Hotstettler is no stranger to change — he’s done it his whole life. Now, he’s ready to follow in the footsteps of his favorite authors.

After graduating from a high school that no longer exists, creative writing major Morgan Hostettler looks forward to having a diploma that will last.

“Transience” seems to be a theme in Hostettler’s life. He’s changed places and majors enough times to make a grocery list of each. Born in the Caribbean, he then moved to Germany; then northern Virginia, and then Atlanta, Georgia, before moving to Tucson, Arizona. Afterward, he moved to a small ski town in Colorado and finally Denver.

“I definitely think Denver has shaped me as a person, and Colorado,” he said. “Just the very laidback mentality that it has … ‘no worries’ is kind of an official state motto.”

That mentality followed Hostettler to Pullman, despite his surprise when he discovered, in his words, “lentils and wheat fields and not an ocean.”

When he started at WSU, he wanted to major in history. Then, after taking a year off to work as a general contractor, he switched to journalism — but that wasn’t going to work for him either. He said getting points knocked off for things like misplacing commas made him decide to take the creative writing route.

The turbulence of changing places and career paths doesn’t account for other oddities Hostettler has encountered. His one-year break as a general contractor came after his second semester of freshman year, where he said he skipped more classes than he attended and had to consider if college was the right path.

“Then I came back and worked a whole bunch [and] did, like, 18 credits for three semesters and did summer classes,” he said, “and made it so I can graduate on time.”

That hard work came with some peculiar anecdotes as well. Hostettler recounted a time where he and his roommate snuck into a frat party, broke into the frat president’s room and drank a 30-pack of beer.

After that, the two went back out on the dance floor, and right at that moment, Hostettler’s roommate spotted someone he didn’t like.

“Still, to this day, I’m not 100 percent sure why he hated her so much,” he said. “The second she walked in, he turns and punches me in the stomach as hard as he can … I had to run downstairs into the women’s bathroom.”

Hostettler said he ended the night by going back to his dorm and sleeping in the wrong person’s bedroom. He’s still not 100 percent sure why his roommate punched him, but he chalks it up to being the closest target of pure, visceral anger. And they’re still friends — more proof of Hostettler’s laid-back, no-worries attitude.

This attitude also explains his love for writers like David Sedaris. He said his favorite book of all time is Sedaris’ “Me Talk Pretty One Day,” a collection of humorous essays based on real life.

Hostettler said his goal is to write short realistic fiction like Sedaris — but, given his life of constant change and motion, this might be just one project of many.

“It’s always been a dream of mine to be a speechwriter for political campaigns,” he said. “I’ve seen [“The West Wing”] seven times. It’s great. I just want to be Sam Seaborn.”