The Daily Evergreen • May 3, 2019 • https://dailyevergreen.com/56520/special-editions/student-looks-forward-to-homestead-life-diverse-possibilities/ 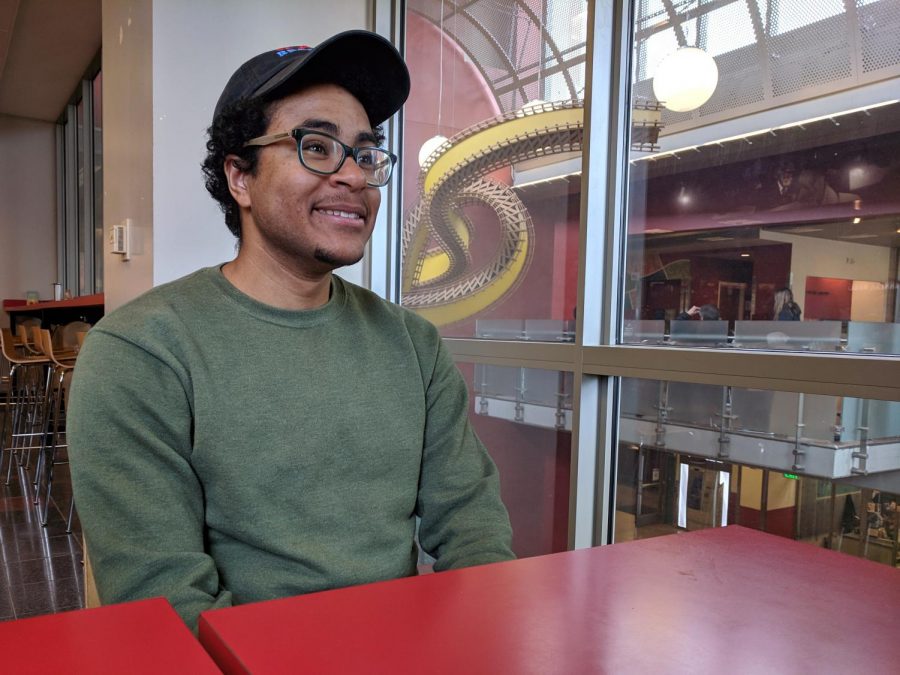 Jeremy "Jem" Jarrett is only a little terrified for the future, but he has his zine and creative spirit.

Jeremy “Jem” Jarrett leaves an impression beyond his super-alliterative name and his hat that reads “Fight Evil, Read Books,” though the hat is a good mark of his character.

Jem is a writer, and on Saturday his degree in creative writing will — hopefully — prove it. He’ll also take a minor in comparative ethnic studies with him, but the writing degree is the one that gives him some stress.

“I’m looking for jobs in writing, or art, or design, or publishing … which is where there’s the least amount of jobs,” he said. “It’s so scary.”

But Jem counters these anxieties with his many aspirations. He’s applied for a job teaching art to elementary students in Colorado Springs and pictures living on a patch of land where he can raise chickens and pigs.

This might include some stranger additions, too — Jem’s partner is a wildlife ecologist, so he envisions them collecting some “weird-ass” animals like raccoons, possums and deer. After snagging that four-year degree, he said he’s looking forward to time away from school.

“I’m really all for that homestead life, which I did not expect,” he said. “I think I’m just burnt out of people and school, and the idea of having space with some animals sounds so nice.”

Despite this possibility, Jem also acknowledges that places like New York City are hubs of the publishing world and doesn’t oppose moving to a metropolitan area. Somewhere like Portland, Oregon, would be nice, he said, especially for its communities of queer people and people of color.

Jem recalls being one of three black students when he went to high school in Puyallup, Washington, so a more diverse community would be a change of pace. He’s also openly transgender, and he wants to continue being active in the queer community, wherever he ends up.

Not that he’s shied away from these communities in Pullman. Jem is a member of WSU’s Queer Intersections Association at the Women*s Center. He’s also just started his own online zine called “Earthseed” after the science fiction trilogy by black author Octavia E. Butler.

He plans to center the zine on queer people and people of color, including within the creative works and the authors and artists themselves.

“[Genre-wise], I’m looking for speculative stuff,” he said. “I’m also all for genre-breaking and bending … but I’m not just going for literary fiction. But right now we have nothing because I just started it two days ago.”

Jem has plenty of experience to back up this new venture. Between his work at the Undergraduate Writing Center, interning for online literary journal Blood Orange Review and his soon-to-be degree, he seems to have writing and editing skills well under his belt.

So while life after graduation may scare him, Jem has his zine, his communities and a tattoo he got so he could make a documentary about Bitterroot Tattoo in Moscow. And if that doesn’t say “commitment” and “creativity,” not much else will.