The Daily Evergreen • May 3, 2019 • https://dailyevergreen.com/56548/news/new-law-will-require-sexual-assault-kits-to-be-tested-faster/

$10 million will be used for more forensic scientists, technology, lab 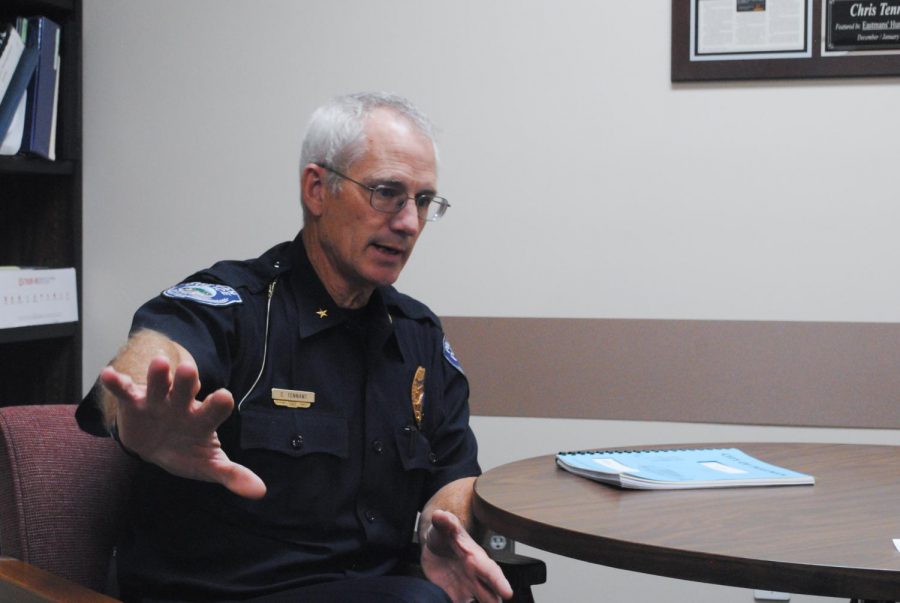 Pullman Police Cmdr. Chris Tennant says Pullman does have rape kits that are on backlog, but it is because they are not from active investigations.

Gov. Jay Inslee signed into law a Washington House Bill aimed to eliminate the backlog of sexual assault kits in the state.

“I had been touring evidence rooms, and I started seeing these white boxes that were stacked to the ceiling,” she said. “When I asked law enforcement, they told me they were sexual assault kits and that most were untested.”

She said there were over 10,000 untested sexual assault kits in Washington at that time. Orwall said she began working on House Bill 1166 in 2015.

Orwall said she completed several bills before House Bill 1166, some of which created a state-wide tracking system and trauma-informed training for law enforcement.

“The bill this year is the biggest step we’ve taken around sexual assault kits,” Orwall said. “Since 2015, we’ve only tested 1,000 kits.”

House Bill 1166 requires the backlog in Washington to be eliminated within two years. The bill also states every new rape kit after that time must be tested within 45 days of its submission.

Pullman Police Cmdr. Chris Tennant said the funding used to lessen the wait time for kit testing is necessary. He said the average time spent to test a sexual assault kit is currently around six months.

“To stop an investigation and say, ‘OK, we’ll put this on file for six months until we get some results,’ is pretty silly,” he said. “A month would be definitely doable. Six months is a little ridiculous.”

Tennant said the testing of all sexual assault kits will not solve the problem of sexual assault, but the implementation of the bill is a good step forward.

“We don’t have a single case rape kit that is necessary to test which hasn’t been tested or is in the works,” he said.

Tennant said the police department stores the kit in case the victim later wants to pursue a criminal investigation.

He said there are also cases that involve identified victims who stop the investigation halfway through.

“We know who they are, but they flat out do not want an investigation,” Tennant said. “[The kit is] sitting on the shelf, but there’s no active investigation.”

Orwall said the state budgeted for the creation of a high throughput DNA forensic lab in Vancouver, which will have the technology and capacity to rapidly test sexual assault kits.

The bill requires $10.2 million to be implemented in the biennial budget. The funds will be used to hire additional forensic scientists, purchase new technology and the lab in Vancouver, Orwall said.

The budget will also fund increased outsourcing of private labs to test kits during the construction of the Vancouver lab, as well as funding additional training of law enforcement by the Criminal Justice Training Commission, she said.

“Every one of those kits is a survivor whose voice was not heard – who did not have the opportunity to seek justice,” Orwall said. “There’s also potentially a very dangerous predator still in our community.”

She said of the 1,800 kits tested, five serial rapists were identified, four of whom were still in Washington.

“One of them was a kid from [2006], a 12-year-old, who was raped at the [Seafair] Torchlight Parade,” she said. “The kit got linked to a sexual assault offender in Florida … he will stand trial for that horrific offense.”

Tennant said as an investigator, he knows not every sexual assault kit requires testing as the kits are mainly used to identify the perpetrator of the alleged crime.

He said it is rare for a case of stranger-on-stranger sexual assault to occur within Pullman. In most sexual assault cases in Pullman, the victim knows who the suspect is.

“It comes down to the issue of consent,” Tennant said. “Not the question of sexual contact.”

He said the testing of sexual assault kits could be used as evidence in a trial where the suspect denies any sexual contact.

“What we do have is acquaintance rapes. When you’re dealing with credibility — who does the jury want to believe?” Tennant said. “You come back and have scientific evidence that the suspect has lied that they even had [sexual contact] — why wouldn’t he lie about consent too?”

Orwall said the bill created a task force consisting of sexual assault survivors, advocates and law enforcement. The Joint Legislative Task Force on Sexual Assault Forensic Examination Best Practices will be headed by the Office of the Attorney General until December 31, 2021.

“We include training around victim notification. If these kits have been sitting there for 10 to 15 years, you need to approach the survivors in a way that doesn’t traumatize them,” Orwall said.

“Our system broke down when it comes to supporting survivors of sexual assault,” Orwall said. “House Bill 1166 fixes that broken system and makes sure it never happens again.”