The Daily Evergreen • May 9, 2019 • https://dailyevergreen.com/56856/news/inslee-expected-to-sign-marijuana-misdemeanor-forgiveness-bill/

Law would allow about 45,000 to apply to have records vacated 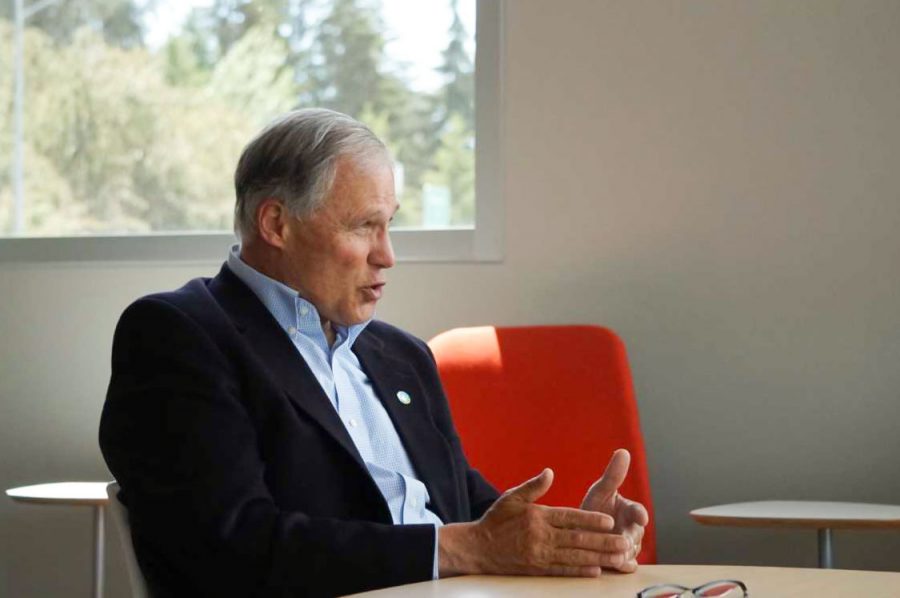 Bill 5605 is currently awaiting a signature from Gov. Jay Inslee.

Gov. Jay Inslee is expected to sign Senate Bill 5605, which would allow Washington citizens to apply to have marijuana-related misdemeanor convictions removed from their criminal record.

“Doing marijuana is now legal and the fact that 68,000-plus convictions are on the record for things that are now legal, to me, was unjust,” said Sen. Joe Nguyen, D-West Seattle, and a sponsor of the bill.

People who were convicted may apply at the court they were sentenced in to have the convictions struck from their record, provided they were 21 at the time of the offense, according to the bill.

Nguyen’s staff spoke with Gov. Inslee’s and he is going to sign the bill, Nguyen said. They wanted the governor to sign the bill on April 20 as a symbolic gesture but it wasn’t ready by then.

The bill amends state law, and adds marijuana-related convictions to the list of other misdemeanors people may already apply to have vacated, according to the bill.

Nguyen said qualifying convictions include marijuana use and possession but this bill does not affect the illegal sale of marijuana before it was legalized in 2012 or any marijuana-related felonies.

Inslee created the Marijuana Justice Program in January to pardon those convicted of marijuana misdemeanors, but Nguyen said pardons remain on peoples records. Records that are vacated do not.

Marijuana misdemeanor cases affect about 45,000 people in the state, Nguyen said. These cases disproportionately affect people of color and criminal justice reform is a main objective of the bill.

Nguyen said a criminal record affects a person’s ability to get a job and according to the American Civil Liberties Union, when marijuana was illegal in Washington, black people were 2.75 times more likely to be arrested for marijuana possession than whites.

“It’s more of righting the wrongs of an unjust law of attack and also making sure we’re taking care of members of our society,” Nguyen said.

Opponents of the legislation said because marijuana use was illegal at the time those convictions should stay on people’s records, Nguyen said.

Nguyen said he hopes to pass more pro-marijuana legislation in the future.