The Daily Evergreen • May 16, 2019 • https://dailyevergreen.com/57015/news/sensor-will-detect-expired-milk-before-opening-researchers-discover/

Departments involved will work with industry to implement sensor 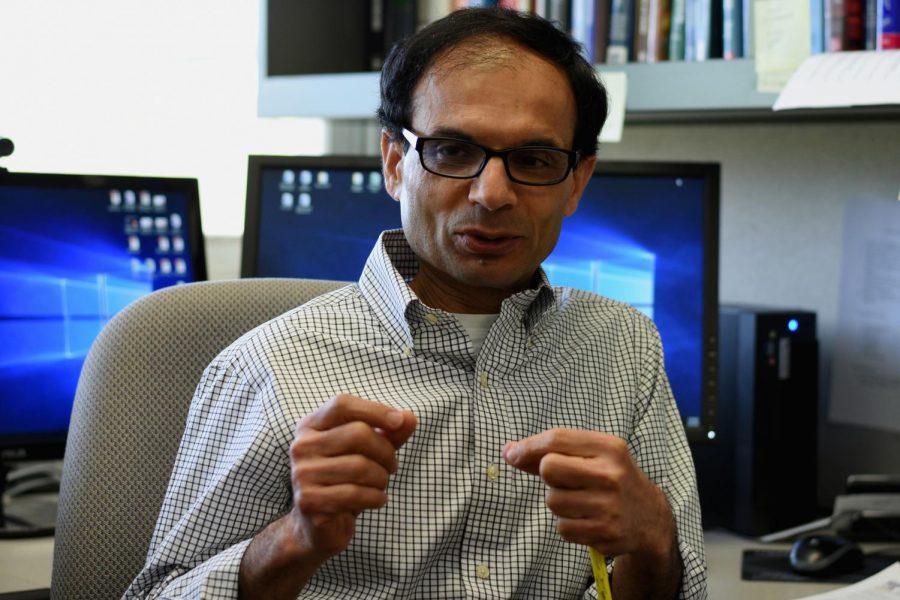 Professor of biological systems engineering Shyam Sablani discusses a new spoiled milk detector May 8 in the LJ Smith Building. These detectors will change color so that consumers can tell when the milk spoils.

A newly developed sensor for plastic milk gallons will be able to determine if milk is expired before the consumer opens the container.

Shyam Sablani, researcher and professor in the Department of Biological Systems Engineering, said a team of researchers led by the department, the WSU and UI School of Food Science and other departments recently finished the design for the sensor, which would go on the caps of commonly sold milk gallon containers.

“The only challenge is, how do we incorporate [the sensor] into the package now?” Sablani said.

This new sensor is developed specifically to change its color depending on the shelf life of processed milk that is sold in grocery stores. When milk is pasteurized, it cannot get rid of all the bacteria. The bacteria left behind creates a gas that leads to the bad smells people notice in expired milk.

After conducting experiments using nanoparticles, the researchers found a way that would allow the sensor to change color based on the freshness of the milk. Less expired milk would react to naturally create a light magenta hue, while rotten milk would be bluer and darker in color.

“If it’s that dark blue color, [the milk]’s life is over,” Sablani said.

The main problem the researchers wanted to tackle was the problem with distribution and what Sablani called “temperature abuse,” or when a gallon of milk is moved around in the store or left out for periods of time and no longer has its original shelf life.

As of now, Sablani said he does not know the cost for the implementation of the sensor, but it would probably be very cheap — a few cents. He said the departments involved with the new technology will work with the industry to determine the best way to implement this on milk caps for consumers.

“We need to look for more funding so we can pursue bigger ideas,” Sablani said.