The Daily Evergreen • May 23, 2019 • https://dailyevergreen.com/57212/sports/women-make-wsu-tennis-history-at-ncaa-championships/ 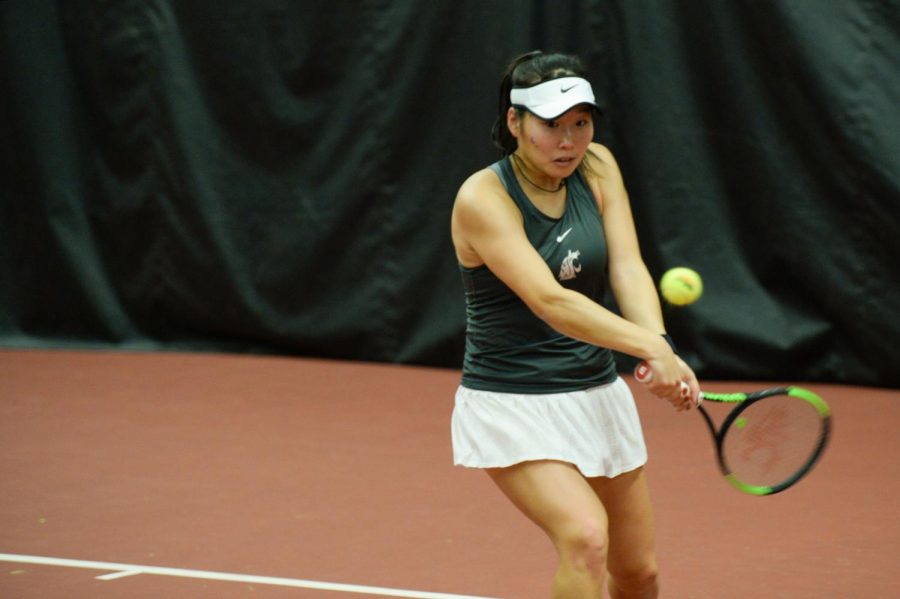 WSU Senior Hikaru Sato returns a ball during doubles play against Seattle U in Hollingbery Fieldhouse on Friday Feb. 22 . Sato and teammate Tiffany Mylonas had their match conclude 3-4 once WSU clinched the doubles point.

Tiffany Mylonas, no. 22-ranked senior, and freshman Hikaru Sato became the first WSU doubles team to win a match at the NCAA Doubles Championships on Tuesday.

They defeated Winthrop University’s team of seniors Lauren Proctor and Megan Kauffman in the first round at the USTA National Campus in Orlando, Florida.

Mylonas and Sato began their comeback late in the second set for a three-set victory over Proctor and Kauffman.

In the second round, Mylonas and Sato faced off against South Carolina senior Ingrid Martins and junior Mia Horvit, who were ranked No. 3. The South Carolina defeated WSU on Wednesday winning the match, 6-3, 6-3.

Mylonas and Sato became the first doubles team selected to the NCAA tournament in 17 years. They finished their season with a program record of 27-7.