The Daily Evergreen • May 30, 2019 • https://dailyevergreen.com/57342/news/fire-department-cautions-residents-of-fluff-fires/ 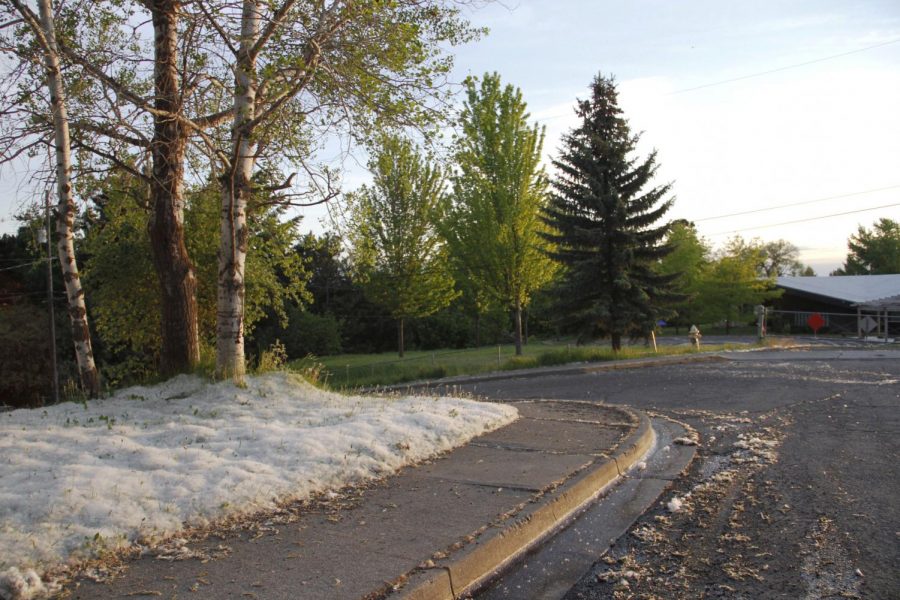 Large piles of cotton can be seen at the location of a fire that broke out between two houses on Hillside Drive May 22. The cotton is highly flammable and can easily spread, making fires difficult to put out.

Pullman Police Cmdr. Chris Tennant said the fires are a safety concern. When a cotton fluff fire occurs, police officers will block off the area for the fire department.

Nuttman said the fires burn and spread quickly, especially when the fluff accumulates. He said it travels easily by wind and if the fluff trails ignite, it forms fingers of fires which firefighters must also extinguish.

“It will burn underneath green vegetation when it hits dead, dried-out leaves and dead trees,” Nuttman said. “[The flames] goes wherever the cottonwood is and we have to chase it around, unfortunately.”

Nuttman said the Hillside Drive fire took over two hours to fully extinguish because the original fire had spread across the block. He said nobody was hurt and no property damage occurred.

He said they could not identify the origin of the fire, but multiple cigarette butts were found around the fires.

“Rarely are fluff fires caused by anything but human cause,” he said.

Cottonwood fluff fires are often caused by discarded cigarettes and matches, Nuttman said. Cigarette smokers should take preventable measures by extinguishing their cigarettes in a wet, metal container, he said.

“Don’t throw it out because cigarette butts can actually continue to burn. People think their cigarette is out and they just toss them on the ground and walk away,” Nuttman said. “Ten minutes later it can start up again.”

Nuttman said clearing up cottonwood fluff decreases the risk of the fluff accumulating and spreading across properties. He said fluff accumulations have been found under fences, wooden decks, and porches.

“If you have a lot of cotton fluff in your yard, we recommend you take a garden hose and wet it down, rake it up,” he said. “Put it in a big plastic bag or put it in your yard disposal for the Pullman Disposal [Service] to come pick it up or take it to the landfill.”