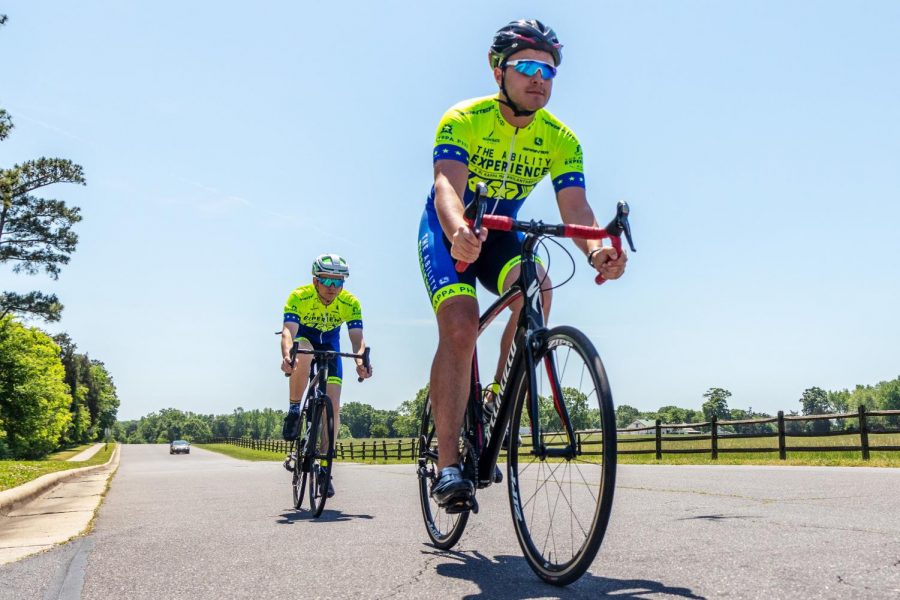 The Journey of Hope is organized by The Ability Experience. Pi Kappa Phi Members participate in the in the cross country ride to raise awareness and money for people with disabilities.

In 1987, Pi Kappa Phi alumnus Bruce Rogers rode across the country in support of The Ability Experience, a nonprofit organization for people with disabilities. Since then, members of the fraternity throughout the nation have cycled across the country to raise money, awareness and support for the same mission in the Journey of Hope.

This year, WSU’s Pi Kappa Phi chapter’s vice president Jared Mehring is among the men to make the trip. Mehring said he only has three months of cycling experience.

“I wanted to give back,” he said. “I wanted to help people and this was the avenue to do it.”

Mehring is a junior biochemistry major and the only member of Pi Kappa Phi’s chapter at WSU to participate in this year’s fundraiser.

The Journey of Hope is organized by The Ability Experience. Three teams ride to Washington D.C. with different starting destinations: Seattle, San Francisco and Santa Monica.

Mehring’s group started in Seattle on June 5. On Sunday, they rode 80 miles from Walla Walla and stayed overnight at the Community Congregational United Church of Christ in Pullman.

“It was probably one of hardest rides yet,” he said. “We were still tired and sore from Mount Rainer.”

The group will have “Friendship Visits” at destinations they stop at along the way. These visits allow the riders to engage and interact with members of the communities they are supporting with events like dinners and dances, Mehring said.

He said the Journey of Hope also gives Pi Kappa Phi members the chance to meet and build relationships with each other on a national scale like Josh Ingram, a junior at the University of Southern Mississippi’s Pi Kappa Phi chapter.

“It’s been awesome getting to know everyone from around the country and seeing what other chapters are like,” Ingram said. “We’re all working for the same goal.”

Ingram started cycling two years ago with his twin brother, who has a minor form of cerebral palsy. Ingram said he looks up to his brother because his brother has done everything just as well or better than him.

Ingram said the journey was also a way to visit many places in the country for the first time, like Washington state.

“It is very pretty,” Ingram said. “It’s definitely a great change from way deep down in the south.”

Mehring and Ingram’s journey consists of cycling 4,350 miles in 67 days, according to The Ability Experience’s website. The group plans to arrive in D.C. on August 10.

They both said they expect the journey will become easier since the hardest part is behind them.

“The more we do it and the longer rides we have, the easier the rides will become,” Ingram said.