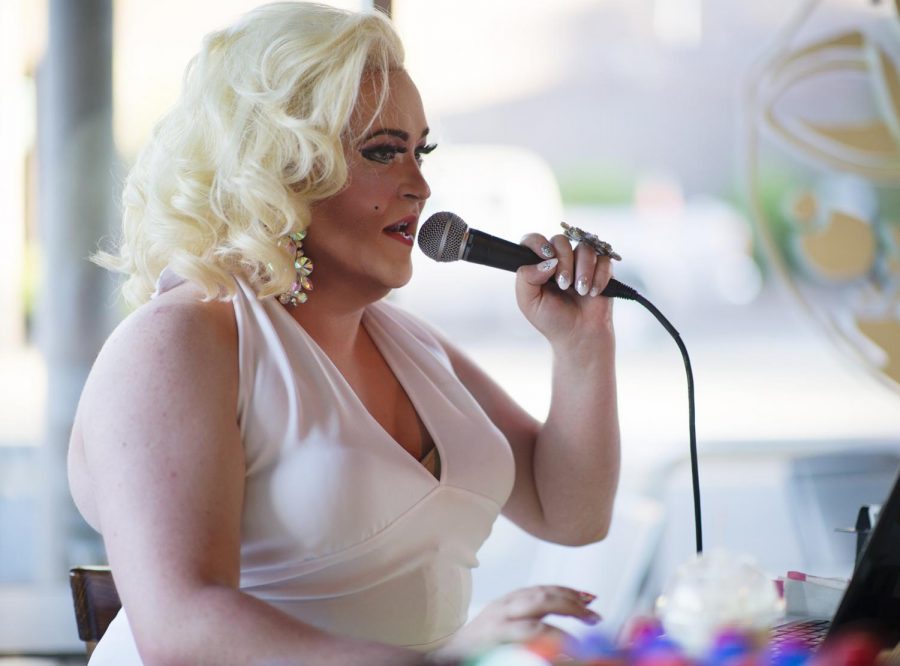 Aquasha DeLusty performs at drag bingo July 10 at One World Cafe in Moscow.

A local LGBTQ+ nonprofit organization will host its final Drag Bingo night until August on Monday.

The long-running event led by Inland Oasis will feature drag performers from the area and also help fund the organization’s events and programs.

Inland Oasis President Hannah Hayes said that during the night attendees will earn prizes from local businesses and supporters, which can be used at the Palouse Pride Festival at the end of the summer.

Hayes said she hopes the organization continues to grow, hoping to partner with thrift shops in the area to provide clothing and develop a support group specific to transgender experiences. She said the bingo night helps this effort.

“That’s how we support all of our programs,” Hayes said. “The bingo is how we keep these programs and events going.”

Hayes said Pride month for the Palouse does not really begin until August, as to include more students who come back for the school year.

GIESORC Director Matthew Jeffries wrote in an email that GIESORC itself would not hold any Pride-specific events for this month, but the organization is planning for the Palouse Pride Festival.