Pride isn’t some big party, it’s a protest against years of discrimination, oppression 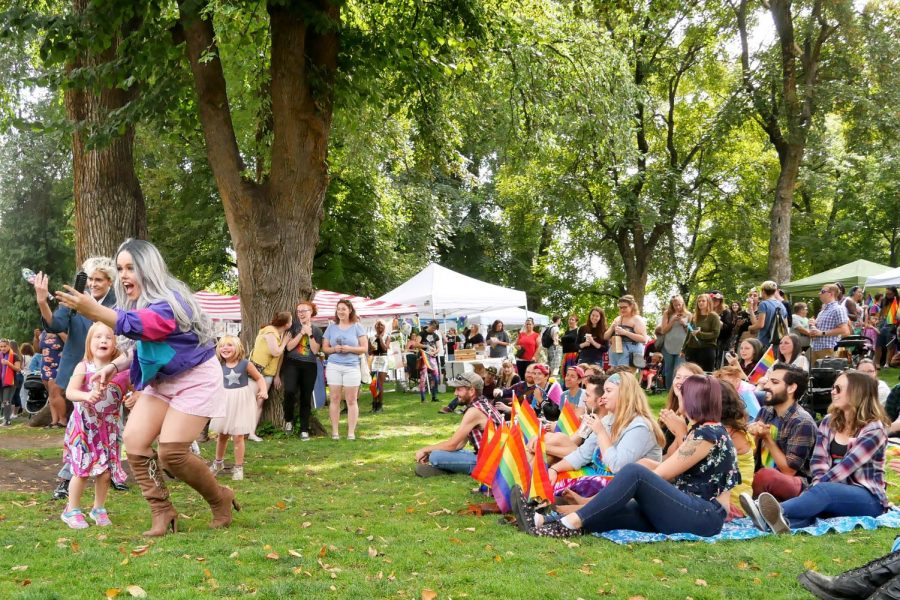 Pride parades are a uniquely inclusive events that not only connects LGBTQ+ people to their communities, but allows for visibility for those who used to be forced into hiding. Rainbows, parades and glitter decorate the streets as queer people of every description finally celebrate. Yet this year more people want to get in on the celebrations.

It is set to follow the exact route and with the same accommodations as the Boston Pride Parade. Straight pride indicates problems in the view of Pride.

Straight pride is said to be inclusive to all, and these people want to be included in society and celebrated for it. Yet having a straight pride parade purposefully excludes queer people while LGBTQ+ pride has always worked to include allies.

Matthew Jefferies, the director of the WSU’s Gender Identity/Expression and Sexuality Orientation Resource Center, points to the reality of gatekeeping in the queer community.

“The queer community has always been a come-one, come-all sort of place. Just look at expansion of the letters in LGBTQ+, they have become far more nuanced over the years. These letters will grow to make a home for you. And there will always be a home for allies,” Jeffries said.

Heterosexuality is often the norm in society, and all other orientations are often crushed under this assumption. To view Pride as just a celebration ignores the queer community’s struggle to be seen.

Pride was first a riot, a protest for equal rights, not just a celebration. In 1969, the Stonewall riots boiled into existence in the June heat. These people were fighting against the discrimination, bigotry and hate the queer community faced every day.

June became Pride month to showcase the struggle queer people have undergone for a place to even exist. Yet over the years, Pride has morphed from a riot into a celebration of the continued struggle of the queer community.

Most of society just sees Pride as the glitter face paint and colorful hair. But with each stride in thigh high boots, there is a protest of the norms society has boxed people into. Straight pride comes into existence, copycatting the celebration without knowing the meaning.

“ATTN: Straight People,” drag queen Ginger Minj wrote in a tweet. “Don’t be upset that you don’t have a pride parade … be grateful you don’t need one.”

The excuse that straight pride just wants to be a celebration steps on the fact that Pride symbolizes much more about queer people than just a party. Part of this misunderstanding of Pride can be blamed on ignorant and hateful ideologies.

The true history of Pride is not taught in school or talked about in mainstream society. This causes misunderstandings like we have today. Heterosexuals want to celebrate, yet many feel left out.

But the truth is that Allies have always been an integral part of any community not only surviving, but thriving. Yet at any Pride parade you might find individuals who ask people to prove their worth or explain why they are there just because of how they present themselves, straight or otherwise. Straight pride says they have formed in part because of this gatekeeping.

Straight pride may only serve to distance the connection between queer and straight people, causing more divisions between everyone. Yet straight people feeling left out is not just a function of ignorance on their part.

The queer community has always struggled for definition. When defining something, you inevitably leave some out. Gatekeeping has been a struggle for the queer community to overcome. Some groups such as bisexuals or trans people can still feel unwelcome at Pride. Pride itself is often focused on the experience of one group.

Gay white men, for instance, have acted as gatekeepers throughout the history of Pride. However, that is starting to change as more groups are given a voice over what Pride means to them.