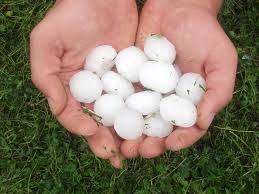 The National Weather Service has issued a severe thunderstorm watch today for the Palouse. Its forecast is predicting frequent lightning, winds up to 70 mph and hail reaching the size of ping pong balls.

Mark Turner, a spokesperson at the Spokane National Weather Service said that Pullman can expect to see storm activity around 3:00 to 4:00 p.m. today. He said that the service is already seeing activity in the south Walla Walla region.

Turner said he advises people to stay inside a sturdy building during the storm as lightning and strong winds can cause damage to property and crops.

“A dugout won’t protect much,” he said.

The service also predicted the storm to hit Southwest and Northeastern regions of Oregon, as well as Northern Idaho in the Moscow and Lewiston area.

The watch is under effect until 8:00 p.m. tonight.