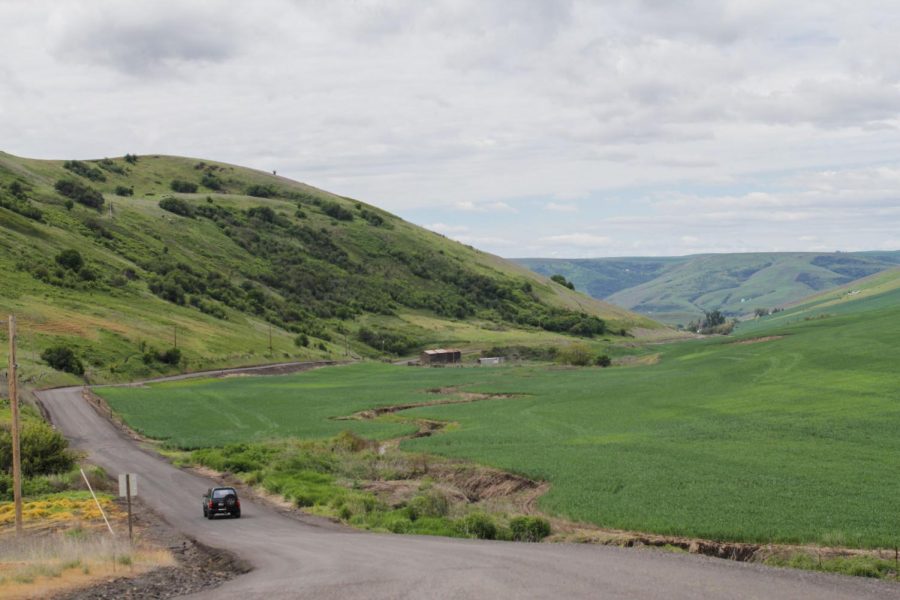 Lapwai, a city east of Lewiston, Idaho, hosted a Culture Day for the Nez Perce Tribe May 18.

Her mom spent a part of her childhood on a reservation. Now she is retiring on one.

Rebecca Tkach’s mom lived on the Cherokee reservation in Oklahoma. Rebecca, 63, grew up with her mom taking her to powwows when she was a girl. Even though Rebecca’s heritage is Scottish.

“They have clans. These guys have tribes. It’s very similar as far as the outlook goes,” Rebecca said.

She said experiencing Native American culture growing up was delightful and that there is a sense of pride in the culture she observed. On vacations, they have visited Native American tribal sites. When they moved to Lapwai, she said she was coming to a community that is mostly Native American.

“I guess [the culture has] always been fascinating to me,” Rebecca said. “I like it.”

Learning about the Nez Perce tribe, she said she was impressed by the way tribe helped Meriwether Lewis and William Clark. She also learned some of the historic ties in the area and traditional food Niimiipu gathered and how they gathered their food.

Rebecca and her husband Mike, 63, moved from La Verne, California, to Lapwai, Idaho, last July to seek an outdoor life and cheaper place to live.

“Coming from southern California, it’s just so unusual to see a flock of turkeys walk through your yard,” Mike said. “That’s amazing.”

Mike and Rebecca are retired. They found six acres of land for less than it would have cost them in California, he said. They have goats, chickens and a garden.

“Kids are all moved out. We’re going to have some fun,” Mike said.

Rebecca said they also came to Lapwai because they were impressed with Nez Perce culture and the people who live there. The community is warm and welcoming though neither she nor Mike are Native American, she said.

“They’re down to earth. I think they’re proud of their heritage, which I think is lovely,” Rebecca said.

“We didn’t miss a beat. We stepped right into it,” Mike said.