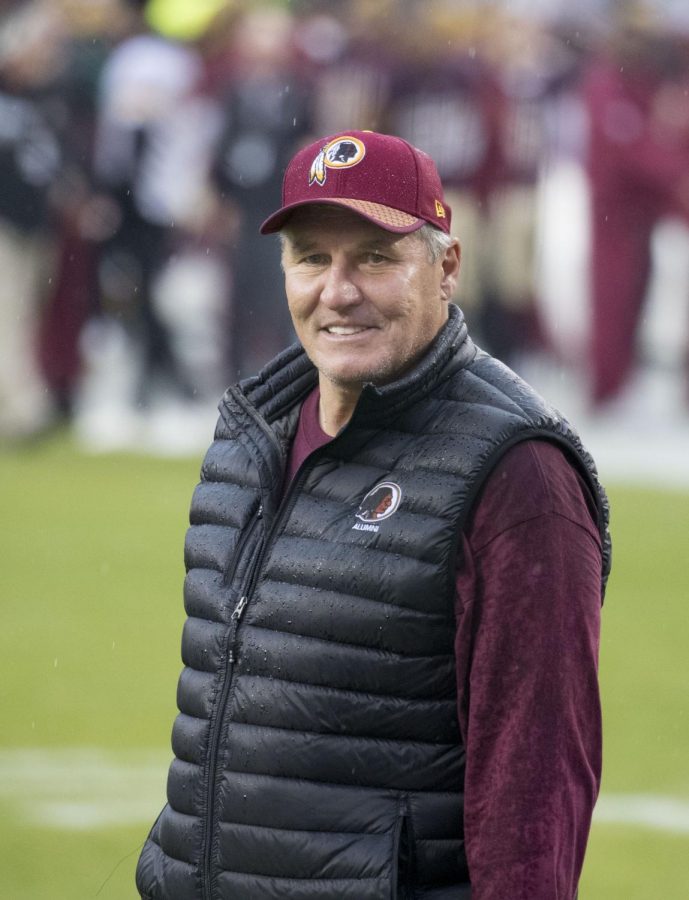 Mark Rypien, photographed by Keith Allison, is seen at the Cowboys versus the Redskins football game on 29 Oct, 2017. Rypien plead not guilty to a fourth degree assault/domestic violence charge in his first court appearance Monday morning. His next court appearance will be at 9 a.m. on July 31.

This story has been updated.

He was arrested Sunday night on a fourth degree assault/domestic violence charge. He was released from Spokane County Jail on Monday, according to online records.

During Rypien’s, 56, first court appearance, he said he and his wife were having an argument and “only hit his wife to remove her hands from his face” and his wife put her hands on his face while he was driving and was trying to see the road, according to KHQ.

Over a year ago, Rypien talked with The Spokesman-Review about Chronic Traumatic Encephalopathy (CTE). While Rypien and his wife said they see signs of CTE, a diagnosis can only be made with an autopsy. Some symptoms of CTE are difficulty thinking, erratic behavior, personality changes, and confusion, according to the Alzheimer’s Association.

“In response to Mark being arrested for domestic violence, we want you to know that he did not commit any crime. As a family we are deeply concerned about the situation. Occurrences like this one are often chaotic scenes which are not conducive to revealing full clarity about what actually transpires.

In Washington State, officers are mandated by law to make an arrest in a possible domestic violence case even where there is very little proof that a crime occurred. We will continue to cooperate with authorities to ensure that the truth of Mark’s innocence comes out. We both respect law enforcement and we appreciate the officers’ efforts to protect Danielle yesterday. We’re grateful for their professionalism in treating Mark with respect during a challenging situation. At the same time, we are confident that a complete investigation will result in the dismissal of all charges.

As you may have learned from our public sharing last year, Mark suffers from what we suspect is CTE and that does leave us with some challenging situations to navigate with the assistance of a team of fantastic professionals. This, however, was not one such situation and we are confident that in the coming weeks, clarity about this unfortunate situation will be provided.

Thank you all for your kind messages, we appreciate you and we’ll be in touch.