Get Involved: Your guide to Pullman summer 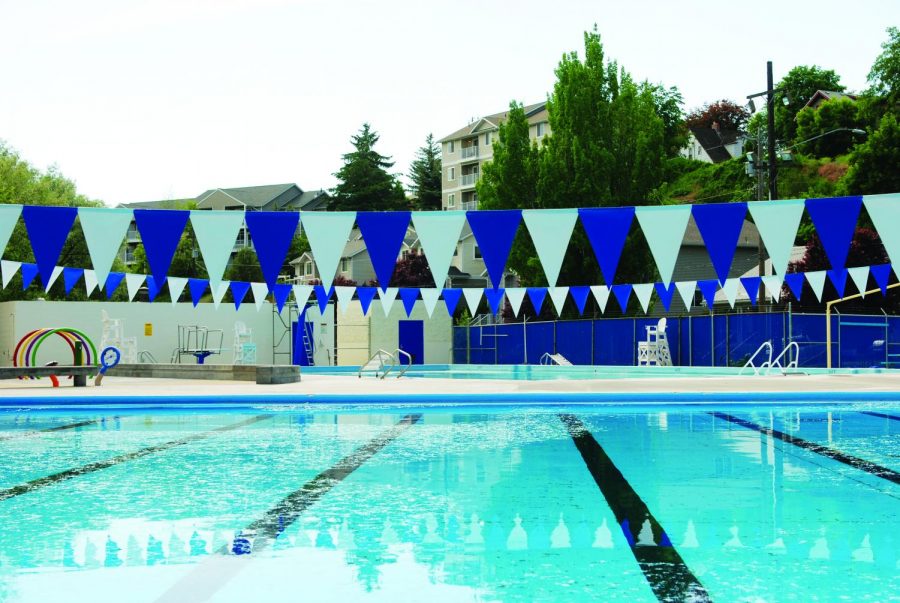 Though only a month remains before the fall semester, the Palouse region’s summer is far from over. Events like the Palouse Ridge Music Festival, “Fondo on the Palouse” and performances from local bands will help end the summer on a high note — so get out there.

American Bonfire is hosting another stop on its Summer Concert series, and it’s here in Pullman at Reaney Park. Concerts in the Park with American Bonfire will go from 6 to 7:30 p.m. on Wednesday, July 31 at 690 Reaney Way in Pullman. American Bonfire considers itself a modern-style country music band. They’ve recently performed in Idaho towns and will stop for summer music gathering in Pullman.

Violent Opposition, Strychnine and Slingshot will perform “experimental grindcore fast punk” from 7-10 p.m. Wednesday, July 31 at Bitterroot Tattoo in Moscow. Violent Opposition is traveling all the way from Oakland, California to perform alongside Palouse metal artist Strychnine-MMXIX. “Skate hardcore” Lewiston-based Slingshot Northwest will open the show. The show itself is $5 at the door and located at 203 ½ S Main St. in Moscow. The show is hosted by Giant Palouse Earthworm, a local service out of Moscow that works to promote the artists of the Pacific Northwest-Palouse regions.

King Ropes, an Americana-indie-rock band from Bozeman, Montana, will perform from 9 p.m. to midnight on Saturday, Aug. 3 along with Mother Yeti and Curse League at Humble Burger restaurant in Moscow. On its Facebook page, King Ropes describes its sound as “psychedelic post-punk country garage roots rock,” so this show is sure to impress and entice. Humble Burger is located at 102 N Main St. in Moscow.

The free Paradise Ridge Music Festival is making its debut in Moscow from the weekend of Aug. 9-11. From 5-9 p.m. Friday, there will be an open mic for any locals wanting to show off their pipes, followed by a performance from Jodi Marie Fisher. Saturday evening will offer Diamond Joe, The Chelseas and Jim Boland, with Sultry Swines as the closing number, performing from 4-9 p.m. The festival will wind down 3-7 p.m. on Sunday with shows from Paradox, Marcus and Kara Caudill, Ashleigh Caudill and The Range Benders. Food truck vendors include local businesses Palouse Juice, One World Cafe ice cream as well as Buy the Dozen Donuts and Mad Greek. The event is located at 1127 Paradise Ridge Rd. The event has no cost, but there is a suggested donation of $5 per person/day or $15 for a family/day. Those of age may bring alcohol, but no glass is allowed and the event itself will be family friendly. All proceeds support Paradise Ridge Challenge Course, a nonprofit dedicated to providing corporate team-building programs, youth summer camps and other events in the Palouse. More information can be found on the event’s Facebook page or here.

The Palouse Pop-Up Princess Party will feature some of your favorite cabaret show numbers. Hosted at One World Cafe in Moscow, singers from Kelli Barham Voice Studio will perform enchanting royal music from 7-9 p.m. on Wednesday, Aug. 21. The cafe is located at 533 S Main St. in Moscow.

The Tuesday Community Market happens at 4 p.m. at the Latah County Fair and Event Center in Moscow. Hosted by the University of Idaho Extension, Idaho Small Farms and local food vendors, the market opened this last June and has thrived with its features of local bands and vendors of plants, produce, handmade crafts, beer, food and more. The market is located at 1021 Harold St. in Moscow and ends around 7 p.m. The community market will go until Oct. 1.

Inland Oasis, the Palouse’s primary LGBTQ+ resource provider, will host a public board meeting regarding all the group’s services and the upcoming Palouse Pride week in August. The board meeting will go from 10 to 11:30 a.m. this July 21 at the 1912 Center in Moscow, 412 E 3rd St. The meeting will also include a potluck brunch. Attend to learn more about strides being made locally for the LGBTQ+ community and upcoming ways to get involved.

Ever wanted to learn about Palouse geology over a nice cold beer? Palouse Land Trust and South Fork Public House are partnering up to host “Crafts, Drafts and Facts: Palouse Geology Rocks” from 5:30 p.m. to 7 p.m. on July 22 at 1680 S Grand Ave in Pullman. Those interested can register online at geologyrocks.bpt.me or through the event’s Facebook page. A ticket includes entrance to the informative discussion led by Dr. Julie Menard from WSU’s planetary and geoscience department about the soil and topography of the Palouse region, one drink from South Fork and craft supplies for the rock painting later. Palouse Land Trust is a nonprofit that works to conserve the wildlife and scenery of the Palouse and north-central Idaho.

The Late July Local Beer Festival is making its way through Moscow. From 4-6 p.m. on July 27 at the Latah County Fair and Event Center, local music and brews will be available on the sunny afternoon. The admission is free but event glasses and 4oz. pours will cost $15. Artists Pork Fat Shim and Borderline Blue will perform, and Hunga Dunga, Moscow Brewing Company, Shattuck Brewery and Hardware Brewing Company will provide the beer. The event is hosted by Rural Roots, an agricultural service dedicated to supporting local food systems and develop sustainable agriculture techniques.

“Fondo on the Palouse” is the biking extravaganza you have waited for. All day Saturday, July 27, bikers will have the opportunities to ride around the rolling Palouse hills for anywhere from 15 to 100 miles. Tickets can be found at www.bikesignup.com or on the event’s Facebook page and range in price from $25-75. All routes will take off at 513 S Main St. in Moscow, before crossing through towns of Troy, Deary, Princeton, Potlach, Palouse, Colfax and Pullman.

Come get to know your neighbors at this year’s “National Night Out” on Aug. 6. From 6-8 p.m. at several locations in Pullman, the community-based event will bring together residents and police to make neighborhoods safer and better to live in. The five locations are: Sunnyside Park, Kruegel Park, Terreview Park, Reaney Park and The Seasoned House in downtown Pullman.

The 2019 Art Affair will showcase the talents of local artists and musicians with artwork that spans a variety of mediums during a night of entertainment, food and even wine. Starting at 5 p.m. tomorrow, the free family-friendly event will also give some a chance to get to know these artists and even their fellow neighbors. The event will start at the Fairfield Inn and Suites by Marriott-Moscow, 129 W 3rd St., Suite 104.

Ever wanted to learn how to paint a landscape of the gorgeous Palouse we live on? Well, the Lumberyard and The Pullman Art Car are teaming up to make it happen. From 3-5 p.m. on July 27, the two organizations will host an afternoon of art, fun, food and brews. Tickets, which can be found at www.thepullmanartcar.com, include all the supplies for a 6×6 canvas as well as a drink and a snack. Registration must be completed by July 24 in order to reserve a spot.

Wild at Art is hosting another wildly popular event, Wine and Canvas at the Alpaca Ranch. For $35, painters can get drinks and treats while they paint. The doors will open at 3 p.m. on Saturday, Aug. 10, including a farm tour, while painting will start at 3:30 p.m. The event will take place at 1042 4 Mile Rd. in Viola, Idaho. A portion of tickets sold will go toward Family Promise of the Palouse. Tickets can be found online.

Drive-in movies might be considered a thing of the past, but the Palouse-Clearwater Environmental Institute is looking to bring the tradition back with its showing of “Jurassic Park” at 7:30 p.m. July 25. Co-hosted by the Kenworthy Performing Arts Centre at 1040 Rodeo Dr in Moscow, the event will include views of a Pullman sunset and music. It’s suggested to bring your own picnic, drinks, blankets, pillows or anything else needed for a comforting movie experience outdoors. The Kenworthy will provide popcorn and PCEI will have water. Admission is free but patrons are highly encouraged to give donations, which will be split evenly between the performing arts center and PCEI.

Other movie events include the Outdoor Movie Series at Reaney Park in Pullman. The free events include bounce houses, snow cones and popcorn. This Friday, the movie will be “Ralph Breaks the Internet.” On July 26, “The Incredibles 2” will show, and then on Aug. 2 “Mary Poppins Returns” will conclude the series. The movies begin at dusk, or around 6 p.m. Also, every Thursday evening UI Student Involvement shows movies on the Theophilus Tower at Paradise Creek Street in Moscow. “Screen on the Green” as it’s called starts at 8:45 p.m. and will play recent blockbusters, animated movies and retro-nostalgia-inducing films as well. Check the event Facebook page for updates, as some events may be moved to the Bruce M. Pitman Center. Dates excluded from the series are Aug. 16 and Aug. 24.

If events aren’t your thing, the Palouse offers several scenic hikes and trails itself. A college student’s favorite is “the dunes,” also known as the Lower Granite Lock and Dam located a rough 40 minutes outside of town. The wide beach offers a place to sunbathe, and the Snake River is the perfect way to cool off on a hot July day.

Also, Wawawai County Park is an awesome nearby spot for picnicking or an easy hike that leads to an impressive view of the Snake River. It’s not too far of a drive and there’s no entry fee to the park.

Palouse Falls is a popular destination, though it lies further out than Wawawai or “the dunes.” Photographers especially will love the numerous nature photo ops they come across. Hikers and those just wanting to relax by the waterfall will also get enjoyment out of it, though there is an entrance fee.

Kamiak Butte County Park is also an awesome destination for those seeking a beautiful view of the Palouse. The trails are relatively easy, made even better by the expansive natural landscape that surrounds them.