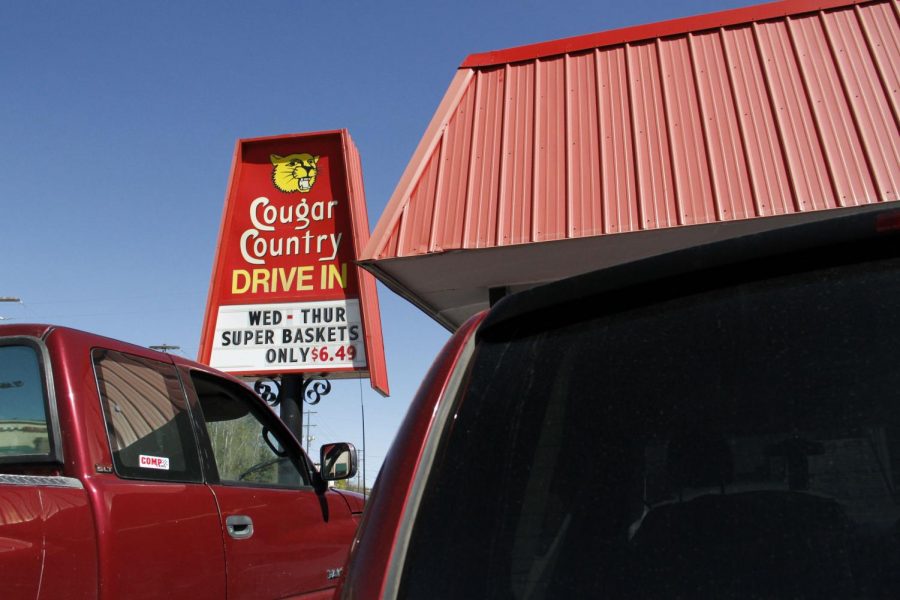 Owners of Zoe Coffee and Kitchen, Mike and Terry Wagoner, purchased Cougar Country Drive-In and are working towards re-opening the restaurant this fall.

The new owners of Cougar Country, a favorite local drive-in, said they hope to have the Pullman staple open by Aug. 31 — the first Cougar Football Saturday of the year.

Mike Wagoner finalized the purchase on July 29, but he said he had been trying to buy the business since the end of February.

February proved to be a dark time for him and his family. The same weekend the drive-in closed, his 2-year-old grandson drowned.

“There was no light left in our lives,” he said. “We think about him every day.”

Mike Wagoner said he wanted to focus on grieving, but the thought of buying the drive-in stayed in the back of his mind. He visited Cougar Country with his wife and his oldest daughter after it closed and saw a change in their demeanor.

“I was watching the countenance of my wife and my daughter just change the longer they were in here, and after a while, they were smiling,” he said. “They just started to light up.”

He said the expressions of his family pushed him to work harder to purchase the drive-in.

Once she saw that the drive-in was up for sale, Terry Wagoner said she told her husband to buy the business.

Mike Wagoner approached the previous owner Rhonda Witt-Miller before the business was listed on Beasley Realty. He said he messaged Witt-Miller and when they met, she told him about the average business day for the drive in and how many employees he should hire. He said Witt-Miller volunteered to help train new employees.

“I’m in a foreign situation here. I can’t find the light switch. I don’t know where the two keys are for the thermostat. I don’t know what all the little cubbies are for in the kitchen,” he said.

Still, after the drive-in was listed, the real estate company came to Mike Wagoner and conducted all the later communication between him and Witt-Miller.

His lenders had a list of requirements that the drive-in had to meet before they could consider lending Mike Wagoner the money, he said.

“There were things that the lender was requiring, which were not my responsibility to perform but the seller’s responsibility,” he said. “There was lots of times not a lot of movement happened in that direction. At one point, my lenders said, ‘We are not interested in doing business,’ and it went belly up.”

Witt-Miller had to provide information such as proof of ownership, if the property was contaminated by the nearby gas station and identify the four property markers.

Eventually, Mike Wagoner went about completing some of the lenders’ requirements, which had been the responsibility of the previous owner, and convinced the lenders to continue with the sale.

“A lot of it I couldn’t do because my attorney said, ‘No, you can’t get involved in that,’ so I’m sitting there saying, ‘Okay, I won’t do that,’ ” Mike Wagoner said. “But I’m still Googling people — not approaching them. So, I know when the day comes, all I have to do is stick the bullet in the chamber and boom.”

Mike Wagoner said he brought in a health inspector into the drive-in early March. He was told the 45-year-old concrete floor in the kitchen area had to be sealed and the bare wood, including some cubbies, had to be covered.

He has plans to seal the floor with either tile, vinyl, or paint. He said the wooden cubbies will have to be sanded, primed and painted. Electricity and water was recently restored, and Mike Wagoner is now turning his attention to phone service, Wi-Fi and a security system.

Mike Wagoner said he also plans on making his own changes to improve the drive-in beyond basic repairs. He said he wants to buy a bigger grill and implement a new Point of Sale system for cashiers. Previously, the drive-in operated with handwritten orders.

He said he also plans on placing two kiosks in the drive-in lobby.

“A lot of people know what they want, so they can just come in and order and pay for it right there,” Mike Wagoner said.

The Cougar Country food staples will be the same for the time being, but Mike Wagoner said he will be taking note of products that sell and those that don’t. He said he will later simplify the menu and cut out the non-selling products.

Mike Wagoner said he will also use different food suppliers. He said he wants to use certified angus beef for burgers. He said he has been sampling different meats from different companies and will decide which one he prefers the most.

“I feel like if you’re going to spend money to get a burger, you should get something that tastes like a cow,” he said.

Mike Wagoner said he has no idea how his family is going to manage running Cougar Country and Zoe Coffee and Kitchen on top of his wife working full-time at WSU.

“We are just going to be very busy running back and forth between the two stores,” he said. “But we are up to the challenge.”

He trusts his employees in both businesses to help him, he said.

“I couldn’t ask for a better group of people to partner on taking another venture like this,” he said. “They know me. They work with me. They know what to do. It’ll be a good segue into this new business.”

Mike Wagoner said he plans on cross-training his new employees so one employee will be trained to work different stations. He said it will help make scheduling easier, and it’s a technique they used at Zoe’s.

By the end of the month, Mike Wagoner said he hopes to have renovations and employee training completed.

The finished Cougar Country will have a “soft opening” — Mike Wagoner said he does not plan on announcing when he first opens his new business.

“We are going to open the door, not tell anybody, and let people wander in. We’ll make them a burger and see how that goes,” he said. “We will do that for a bit then we will have a grand opening.”

However, he said it is unlikely a soft opening will happen based on the amount of attention the purchase received. He said he plans to later have a grand opening which will include prizes and giveaways.

Mike Wagoner said he hopes to have a successful hometown burger joint once it opens.