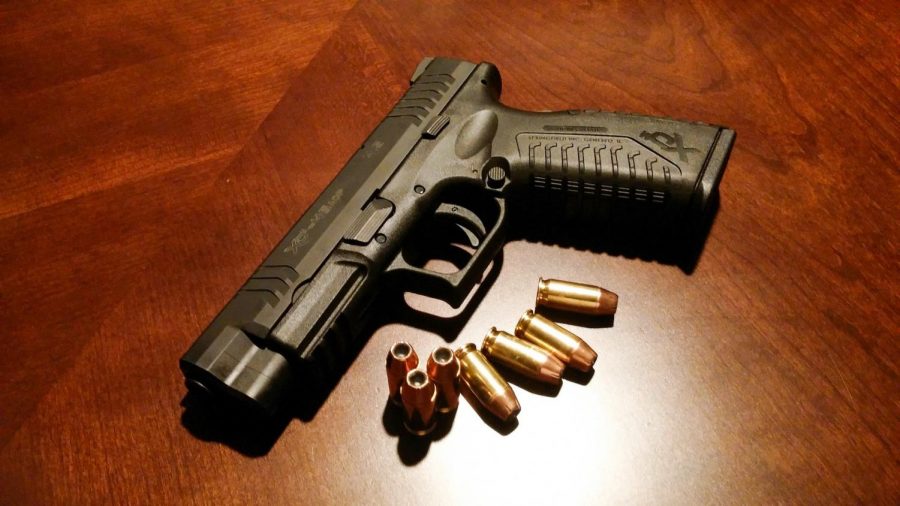 The WSU police department used to hold guns deemed legal by the state for students before the gun law changes. They previously stored between 50 and 70 guns.

The WSU Police Department is no longer providing firearms storage to students. The change is due to a new gun law in the state that took effect in July.

In July, more changes from I-1639 took effect. Enhanced background checks must now be done for the purchase or transfer of semi-automatic assault rifles. These background checks include a mental health check along with the standard criminal history search by law enforcement officials, according to the Washington State Office of the Attorney General website.

Steven Hansen, WSU assistant chief of police, said the enhanced background checks made storing guns too cumbersome for the police department and students.

The new law requires that law enforcement officials like WSU police run background checks every time a person checks out their weapon, Hansen said. The mental health portion alone could take 7-10 days as it must be done by a mental health provider in the state.

“Once you check in a weapon, it starts the process of needing a background check again,” Hansen said.

The new law makes it difficult for people to plan to check out weapons if they want to use them multiple times in a short amount of days during hunting season, he said.

Before the gun law changes, campus police stored any weapon that the state deemed legal, Hansen said. The police department would hold 50-70 guns.

Hansen said the policy of storing firearms has been in place since he started here 36 years ago.

Firearms and dangerous weapons are prohibited in university housing and property, leaving no source on campus to store these weapons.

Hansen said he suggests students wishing to store weapons while they attend school try the Colton Gun Club or another private business.

Hansen said students with bows and arrows can still store them with WSU police.

“We’re disappointed that we can’t provide a valuable service anymore,” Hansen said. “Everyone I’ve talked to has also expressed disappointment, but they’ve understood why.”

Hansen said communications about the policy change have been sent out to university housing staff so they can inform students that the service is no longer available.

He said he wants to make sure that students know firearms are prohibited at university housing, and he urges students to store their weapons safely and legally.