Irrigation system to use less water 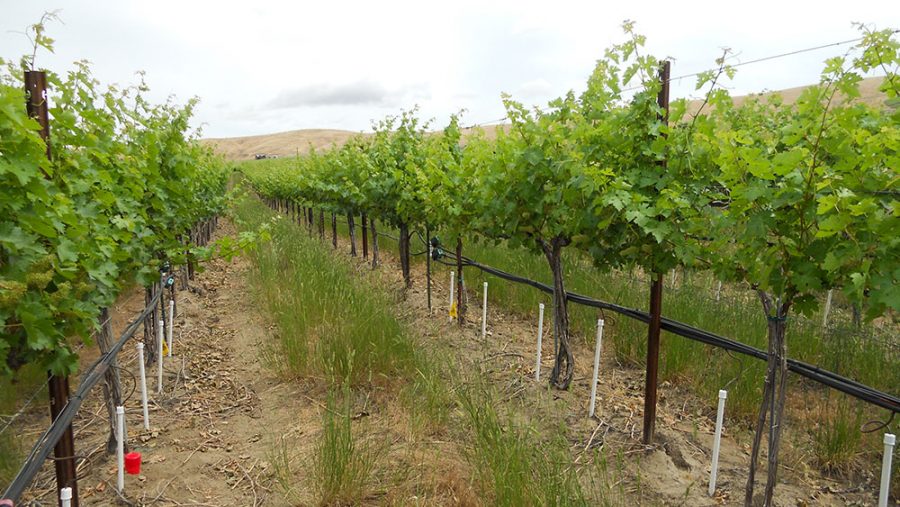 Pete Jacoby, a professor in the department of crop and soil sciences, invented a new irrigation system that delivers water directly to roots, which could save 35 percent of water used.

Pete Jacoby, a professor in the department of crop and soil sciences, said he invented the new Direct Root-Zone irrigation (DRZ) system to combat the shortage of water.

Jacoby said water availability was the most identifiable factor that limited the expansion of the Washington wine grape industry.

“[DRZ] could produce yields equivalent to surface drip [irrigation] by using less water,” Jacoby said. “On average, we could save 35 percent of the water.”

He said the DRZ employs a form of deficit irrigation to conserve water.

Deficit irrigation is an agricultural practice of providing plants with less water once the fruits have set in, to improve yield quality.

“By applying less water once the fruit is set on the vine through water stress, one can cause the vines to add more sugar, more color and more tannins to the fruit,” Jacoby said.

The DRZ system unlike traditional irrigation systems, works at a subsurface level delivering water directly to the roots of the plants through vertical tubes placed under the ground.

The new system also combats earlier problems with subsurface irrigation, such as clogged water-emitters and damages due to burrowing rodents, Jacoby said.

He said the vertical pipes made with tougher plastic attracted fewer rodents because they wouldn’t retain water in them. The water-emitters also managed to not get clogged when they were placed above the surface.

Xiaochi Ma, a doctorate student involved in the project, said delivering water directly to the roots of the vines not only prevents surface water evaporation, but also the growth of weeds that compete with the vines for water and resources.

“So, using this system, we can help save water, increase the grape yield and restrict weed growth thus reducing the amount of herbicides and fungicides used,” Ma said.

He said that further research is also being conducted to see how well other plants can grow using this irrigation system.

Their lab is currently collaborating with a grower from Oregon to employ the DRZ system in a hazelnut farm, Ma said.

“We really wanted to apply this irrigation system to other perennial woody plants, such as apples, cherries and hazelnuts,” Ma said.

Moving forward, Ma said he hopes to update the system design to help improve the cost efficiency of the DRZ to make it as financially viable as other irrigation systems. He said that more research needs to be done to evaluate the environmental benefits of the system.

“Those need to be done through a long-term study,” Ma said. “We need to learn how the system influences the environment and the microbe communities in the soil.”

Jacoby said that since the development of the DRZ, he has received inquiries from growers in the UK and South America who are interested in becoming more efficient with their use of water.

“I’m very excited with the results to date,” Jacoby said. “I hope this system will become wider used and help save farmers money and water.”