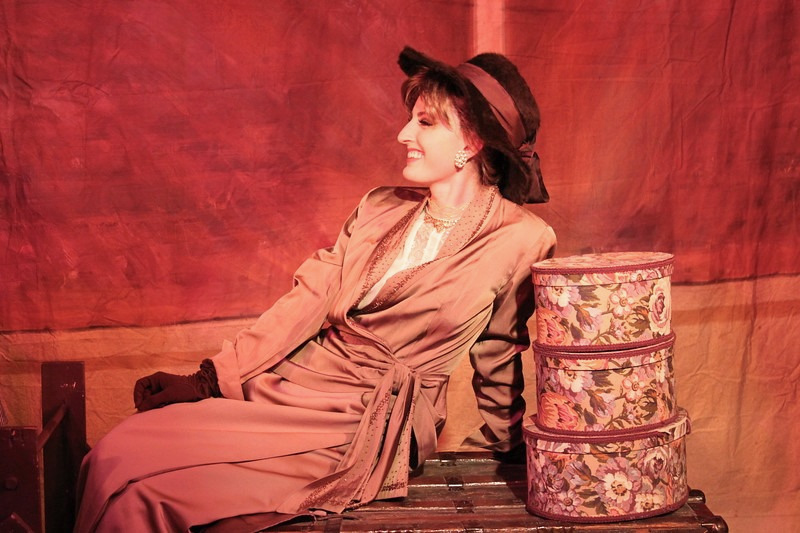 COURTESY OF REGIONAL THEATRE OF THE PALOUSE

“I’m all about the work and the process and making sure that we create something beautiful, and that’s what I’ve found in this company which has been such a treat,” Jones said Wednesday evening at RTOP.

“Funny Girl” is an iconic musical based on the life of Fanny Brice and is the newest show hosted by the Regional Theatre of the Palouse.

The musical, which is based on a true story, details the rise of actress Fanny Brice from a vaudeville performer to stardom, and it runs in the RTOP from Aug. 15-25. It is most known for the 1968 Oscar-winning film that launched Barbra Streisand’s acting career and popularized its score.

The show first premiered on Broadway in 1964, with Streisand as the lead with fewer performances thereafter despite popular songs such as “People” and “Don’t Rain on My Parade”.

“It has a great score and music, and it’s very seldom done,” said John Rich, one of the founders of RTOP and the director of “Funny Girl.”

Rich said that “Funny Girl” was one of the most requested shows by RTOP patrons. He also mentioned the theatre has drawn in people from across the country, ranging from professional actors and entertainers to students, even holding auditions in New York City for “Funny Girl”. One such actor is Keaton Delmar Johns, an actor from Las Vegas who traveled to Pullman to work on the show.

“I’m all about the work and the process and making sure that we create something beautiful, and that’s what I’ve found in this company which has been such a treat,” Delmar Johns said.

This show marks the first time “Funny Girl” has been played in the Palouse area, and the RTOP version will also showcase songs those familiar with the 1968 film may not have heard as well as extended scenes.

“As a venue, we push the envelope with every production,” said Michael Todd, a Palouse native who plays Fanny’s love interest, Nicky Arnstein.

Todd mentions that the RTOP has spent over 10 years putting on shows.

“I have this dream cast; it’s been enjoyable, it’s been fun, it’s been a growing experience,” Rich said.

RTOP is located on 122 N. Grand Ave. and has tickets available through its website.