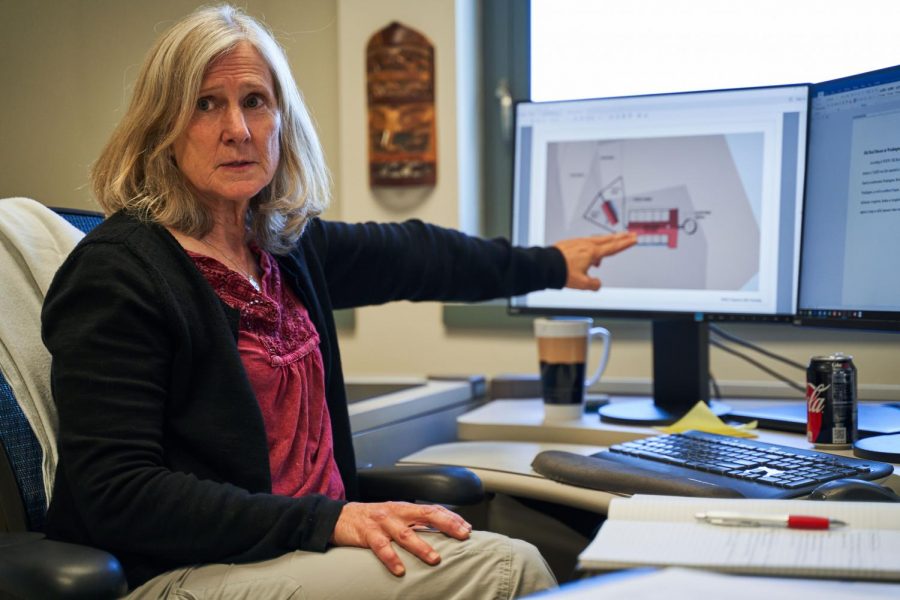 The new elk research facility will be used to try and find the root causes of a “debilitating” elk hoof disease that in some cases leads to death. The building was funded in part by the Rocky Mountain Elk Foundation.

WSU received a $100,000 grant for the construction of a captive research facility that will house elk on campus.

Researchers will use the building to study elk hoof disease, a “debilitating” disease that causes elk to form sores on their feet, said Margaret Wild, professor in the department of veterinary microbiology and pathology.

The elk become lame because their hooves can overgrow or come off completely. Many have died from the disease, Wild said.

For the last two years, Washington State has given $1.2 million each year to WSU for the elk hoof project, which includes salaries and operating costs, Wild said.

The grant from the Rocky Mountain Elk Foundation (RMEF) will cover the projected cost for the facility, Wild said.

“We just want to do what we can to allow researchers to try to figure out and get a better handle on what exactly this disease is and how it spreads, and then once that’s determined, coming up with a management plan to try to stop it or slow it,” Holyoak said.

Construction of the building started in May and should be done by the end of 2019. The hope is that elk will be in the facility in early 2020, Wild said.

The building will feature 10 isolation pens, she said. For biosecurity reasons, they will each have a concrete floor, and the walls will be lined with 3-foot-high concrete.

“That way each pen is separate,” she said, “and you don’t get contamination from one pen to the next.”

The facility will also feature holding pastures. Construction workers are in the process of moving dirt to make room for the pastures and feeding area, which is between the pastures and the isolation pens, Wild said.

Researchers are taking a three-pronged approach to study this disease, she said.

Studying the elk will not start until the facility is built, Wild said.

She said figuring out what happened to elk with the disease in the wild is difficult because researchers have not been able to monitor the disease as it progresses, which is why captive research is imperative.

“When we study the disease in the wild, it’s like you’re coming in the middle of a movie … Maybe you’re just seeing the very end of the movie, if that’s when the animal dies. And then you’re trying to make a story of what happened to that animal for the whole rest of the film,” Wild said.

WSU researchers are already studying elk hooves, most of which are found by hunters and sent to the Department of Fish and Wildlife, to analyze the DNA and identify the bacteria found, Wild said.

Researchers believe Treponeme bacteria is one of the causes for the disease, Wild said.

They are also working to understand people’s values, perceptions and concerns regarding the disease, Wild said.

The disease is found in Washington, Oregon and Idaho, but not other parts of the United States.