People posting more selfies on Instagram may be viewed as less likable, adventurous 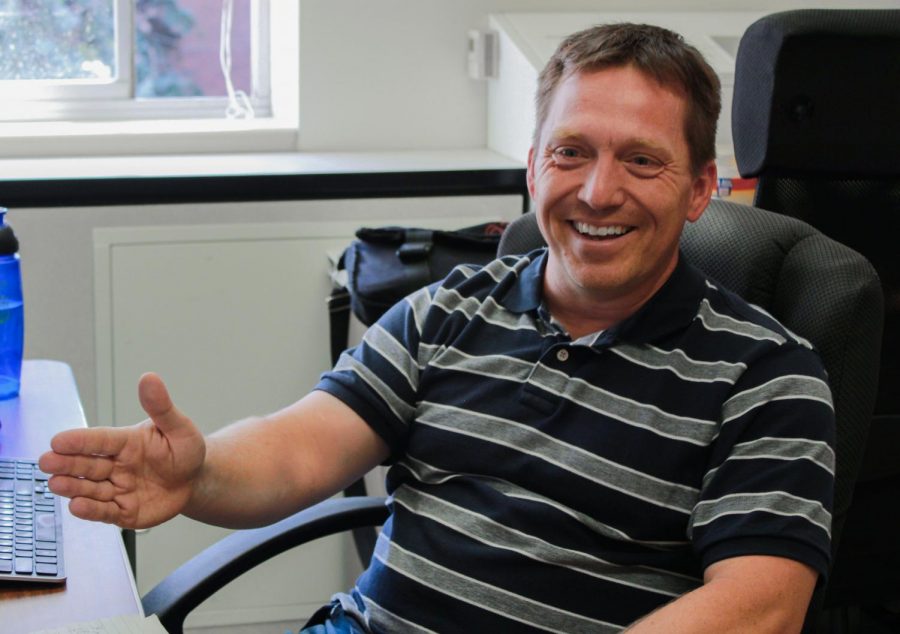 Chris Barry, professor in the Department of Psychology, discusses his new study that looks at the difference between posed photos and selfies on Instagram on Friday afternoon in Johnson Tower. This study shows that people who post a lot of selfies are viewed as less likable, having lower self-esteem and being less adventurous than people who post posed pictures taken by others.

People who post more selfies than posed photos on Instagram are likely to be perceived negatively by others, according to a study done by WSU researchers.

Students participated in a survey where they had 10 seconds to look at 30 Instagram posts of 30 different users. They answered questions related to how they perceived the users’ self-esteem, loneliness and success, among other characteristics, said Chris Barry, professor in the psychology department.

Those who posted more selfies were seen as having lower self-esteem and having more fear of missing out, or FOMO, Barry said.

They were also perceived as being less likable and less adventurous, he said.

People who posted more posed pictures, were viewed more positively, he said. They were viewed as having higher self-esteem and being more outgoing and successful.

The survey included each users’ 30 most recent posts, even if some of them were not selfies or posed pictures, Barry said.

The photos had no other context, like captions or hashtags, he said. If a video was uploaded, researchers only took a screenshot of the video.

Students did not know the owners of the Instagram accounts that were used, he said, which ensured that bias did not influence the results.

“This is not how we typically use social media. Most of the people that we have on our feed would be people we know,” Barry said. “The reason we did it this way is so that the ratings would just be about the images, not about other context.”

Students from WSU reacted to posts from students at the University of Southern Mississippi to minimize the chances that people knew each other, Barry said.

In an earlier study he helped conduct, researchers found there was not a correlation between a person’s personality and the amount of times they post selfies on Instagram, which puzzled Barry, he said.

Before the most recent study, the researchers thought there would be more agreement between how people described their personality and the number of selfies they posted, said Nora Charles, assistant professor in the department of psychology at the University of Southern Mississippi.

“What we post may not reflect our true mood or our true personality,” Barry said, “but it certainly could lead people to perceive us a certain way.”

Barry said these results are likely only applicable to Instagram because it is photo-based. For example, Twitter is character-based, so the reactions would probably be different.

“You’re not necessarily communicating on social media the way that you might think you are,” Charles said. “It’s not the same thing to post a status update as it is to have a conversation with somebody.”