Colors used for on wall art to change with temperature, will be completed by fall 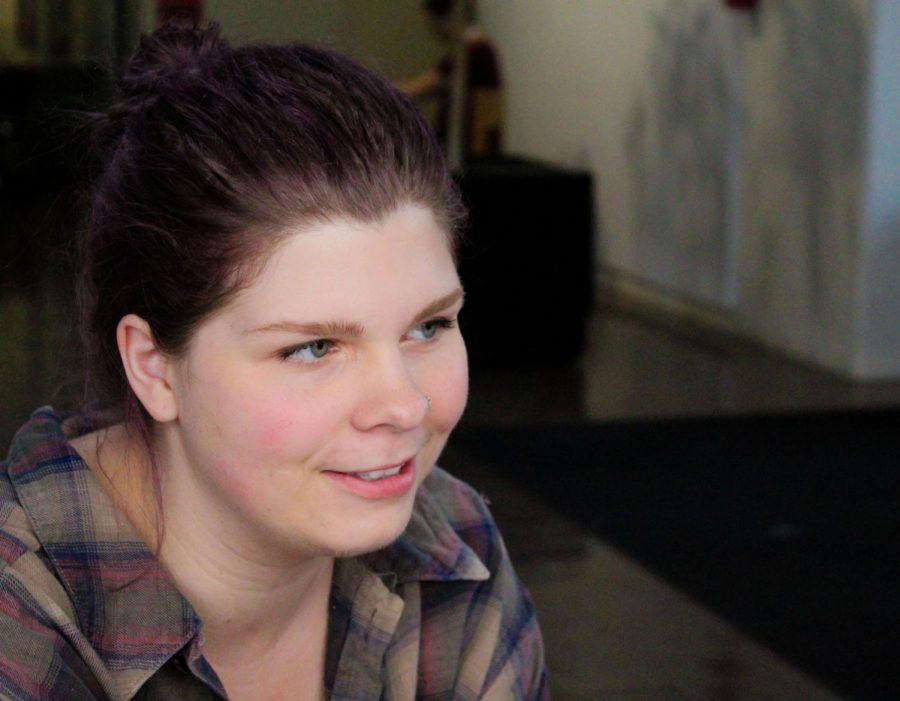 Kelsey Baker, painting grad student on the college leadership tonight, describes how she modeled one of the murals after one of the pigments being used on Friday afternoon at the Fine Arts building.

WSU faculty and students have partnered up to work on painting a color-changing mural at Kamiak Elementary School, which will be completed by late Fall.

Hedges said they’ve started prepping the wall so that they can begin the painting process.

Amy Nielsen, clinical assistant professor in the chemistry department, said she and Hedges wanted to collaborate because there is an overlap between the fine arts and chemistry and the sciences in general.

She said there was a funding opportunity in the college of arts and sciences for collaborative projects which prompted them to collaborate on the mural project.

Nielson said she and WSU student Aaron Hendricksen conducted experiments in the lab to figure out what the chemical composition of the paints they plan to use are.

When the temperature changes the paint will change colors, she said.

Kelsey Baker, WSU student pursuing her master’s degree in fine arts, said the design will consist of a geometric design that’s from crystal violet lactone, which is one of the chemicals that is in the pigments they’re using that makes the paint change color.

Hedges said here are two sides of the mural one side will feature the school mascot that Jiemei Lin, a designer at the WSU college of education, created.

Hedges said he was previously involved in painting a mural at Jefferson Elementary and many people were excited about the mural.

“When we pitched it to the people at the elementary school, the principal, and the PTA were really excited and really supportive. Because there is this very educational element to the whole thing,” Nielsen said.

Hedges said having early exposure to art and painting and public art and the chemistry behind it, can be really inspiring for the kids at the school.