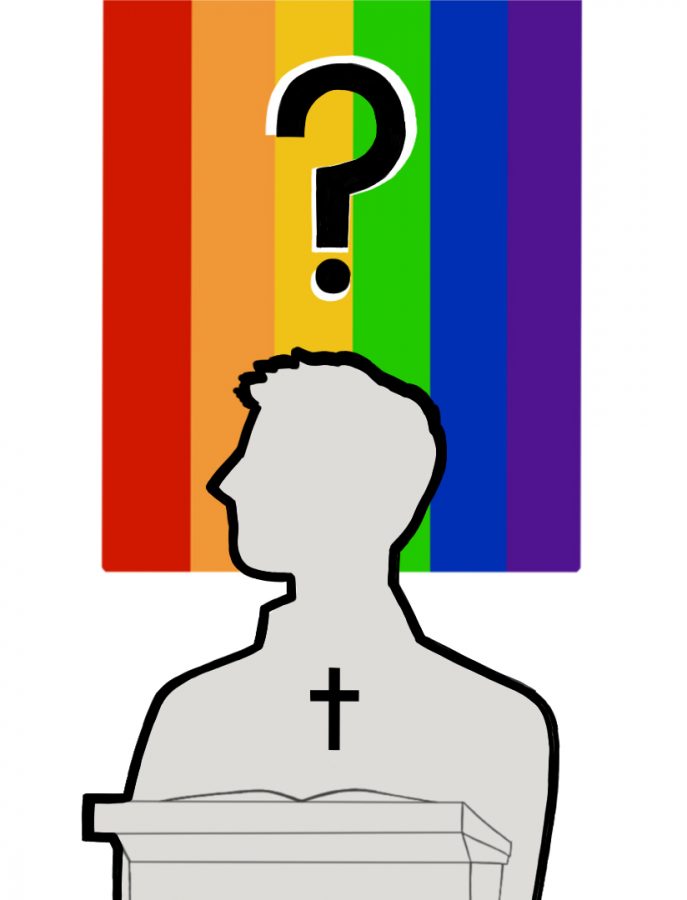 Many on-campus groups and churches do not agree with or support the LGBTQ+ community but don’t make that known. This can lead to awkward or upsetting situations for LGBT attendees trying to find a community.

For a person on campus looking for a religious organization to join, the options are bountiful, but for a queer person, looking for a church can feel like walking a minefield of groups that are not supportive of them.

Religion can be a powerful practice, and for many, being a part of a church group on campus can be a very beneficial way to build a home away from home with people who share your beliefs.

Chi Alpha welcomes queer people into their community and respects different world views, but at the same time, they hold orthodox values including God creating people as either a man or a woman and marriage only existing between a man and a woman.

“Biblically, we don’t believe God designed us [to be LGBTQ+],” said Steve Barke, founder of the WSU chapter of Chi Alpha. “But, in the midst of that, we [want] those people in those communities to find faith in Christ.”

Communities like Chi Alpha are not intentionally masking their views, but it can appear that way. While they don’t lie about their beliefs, their stance on gender and sexuality cannot be found on the Chi Alpha website.

Living Faith Fellowship is another group that shares these views, and they are clearly stated in the “Our Beliefs” section of their website.

The Daily Evergreen also reached out to the Hills Church leaders, but they declined to comment. Their stance also cannot be found on their website.

The problem with the ambiguity of some groups on campus is the potential to put LGBTQ+ people looking for a church in a vulnerable situation. They either have to be outright and ask the group its beliefs in a way that may not feel comfortable, or they can join the group, hoping that it will be a supportive one. In both these scenarios, the responsibility is unfairly placed on the student joining. The organization should provide that information.

“As with getting to know any person or community, the most important part of that process is having a relationship with the other people [in that community],” said Haydon Truitt, a member of Chi Alpha.

But it’s difficult for LGBTQ+ people to have enough trust in these church groups to build a relationship before they know the group’s beliefs. This could result in feelings of betrayal if they learn the group is unsupportive.

“[I went to] a church my whole life, and they were wishy-washy on their views of LGBTQ+ people, until one day I heard them say [LGBTQ+ people] shouldn’t exist,” said Kimberly Mcdowell, the chair of the Gender and Sexuality Alliance (GSA). “Then I couldn’t go to that church anymore.”

In order to avoid this exact scenario and others like it, religious groups on campus should increase transparency and vocalize their beliefs, especially regarding the LGBTQ+ community.