WSU Football suits up to compete against NCU on Saturday 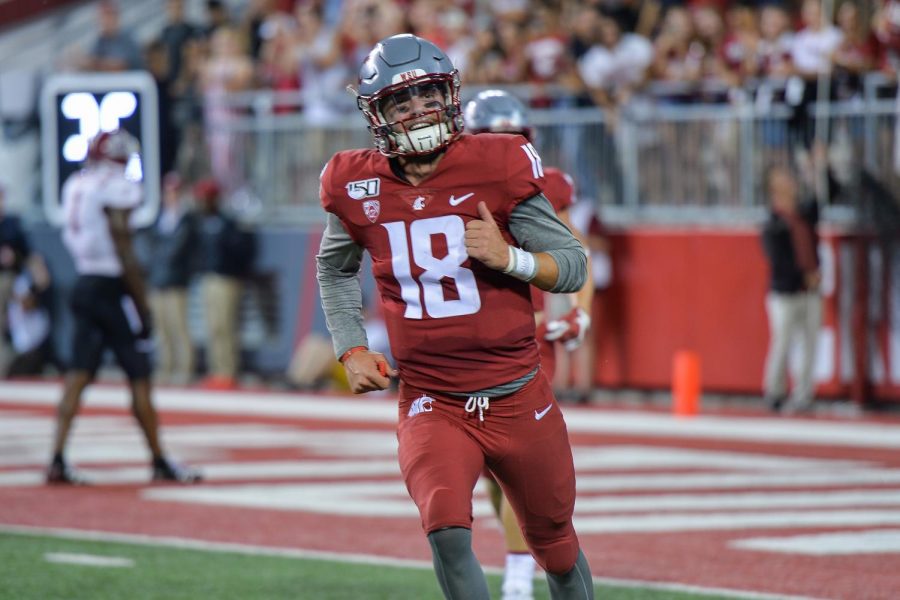 Redshirt senior quarterback Anthony Gordon runs towards the sideline during the game against New Mexico State on Aug. 31 at Martin Stadium.

No. 22 WSU Football will face the University of Northern Colorado Bears at 2 p.m. Saturday at Martin Stadium.

The Cougars (1-0) are coming off a 58-7 victory against New Mexico State University, which was Head Coach Mike Leach’s 50th win at WSU.

“Running through the tunnel and having the crowd cheering for us really helped me settle in,” Gordon said. “The defense playing well and the offensive line playing well all plays into the comfortability of the game.”

Leach said he thought Ryan had the best game of the five offensive linemen.

Gordon threw to 10 different WSU players during his first start as quarterback. Ryan helped keep the pass rush off of Gordon as he was sacked one time.

Senior offensive lineman Frederick Mauigoa said that despite the performance against NMSU, there is still room for improvement.

“We’re still working on our skills,” Mauigoa said. “We’ll get there.”

Gordon said his performance was smooth in the first half and got too aggressive in the second half.

“Trying to get a ‘home run rather than a base hit’ as coach always says,” Gordon said.

“You got to get your starter his work no matter what,” Leach said, “but then you can try to get those other guys in if you get that kind of luxury.”

Sophomore running back Max Borghi rushed for over 100 yards against NMSU. It was his first game with over 100 rushing yards.

On defense, Leach said he wants to see a shutout this season.

The game will take place the same weekend as WSU’s Athletic Hall of Fame induction. Six honorees will join over 200 individuals.

The Cougars take on the Bears at 2 p.m. on Saturday at Martin Stadium. The game can also be seen on the Pac-12 Networks. 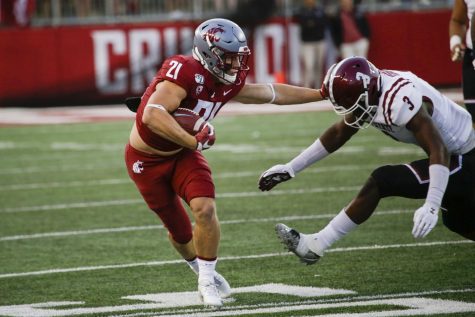