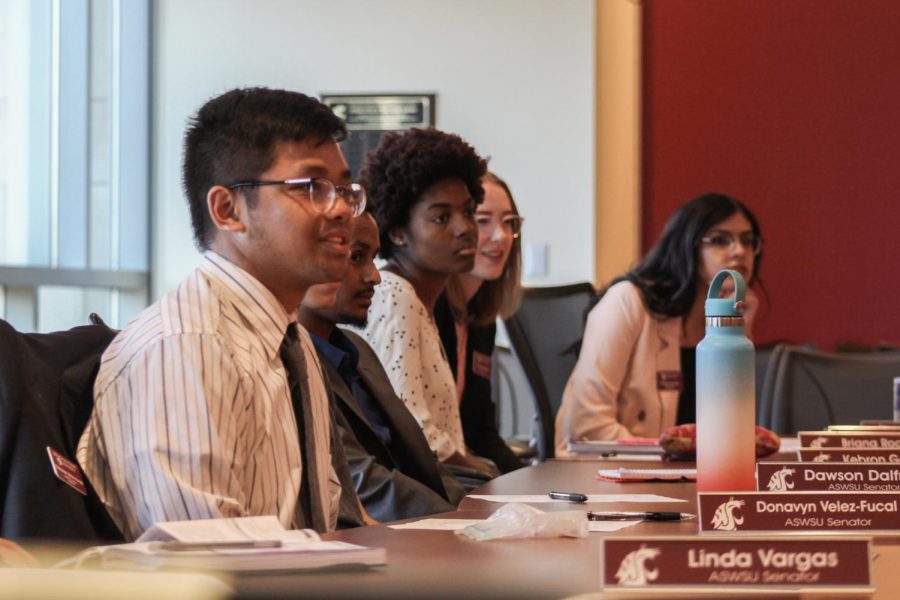 The ASWSU Senate holds a meeting to elect new members and discuss student concerns at the CUB on Wednesday night. One concern was the graduation requirements for students of the School of Design and Construction.

Older buildings on the south side of campus do not have these locks in place like the newer buildings, she said.

The “Carson Closet” would serve as a source for students to check out business attire, Velez-Fucal said. It would be available to all students from any major.

ASWSU Vice President Jhordin Prescott said she wants to create a sexual violence awareness initiative, but she is still researching how to implement it.

She said the initiative would be called the “Coalition Against Sexual Assault,” or CASA.

“There are a lot of obstacles we have not foreseen,” Prescott said.

Research still needs to be done about how to handle trauma and the power dynamics between faculty and students before the initiative is presented, Prescott said.

Three new judicial board members were also confirmed last night by the senate.

Political science pre-law juniors Griffin Grubb and Ally Carney were sworn in by ASWSU President Quinton Berkompas after they were confirmed. Ashlyn Cleveland, a freshman microbiology major, was also sworn in.

All three candidates were unanimously confirmed by the senate.

Carney said she wants to digitize the board’s files, making them accessible for ASWSU and for students online.

“The judicial board has fallen behind in digitizing itself,” Carney said.