Classmates come back to WSU to celebrate their long lasting friendship 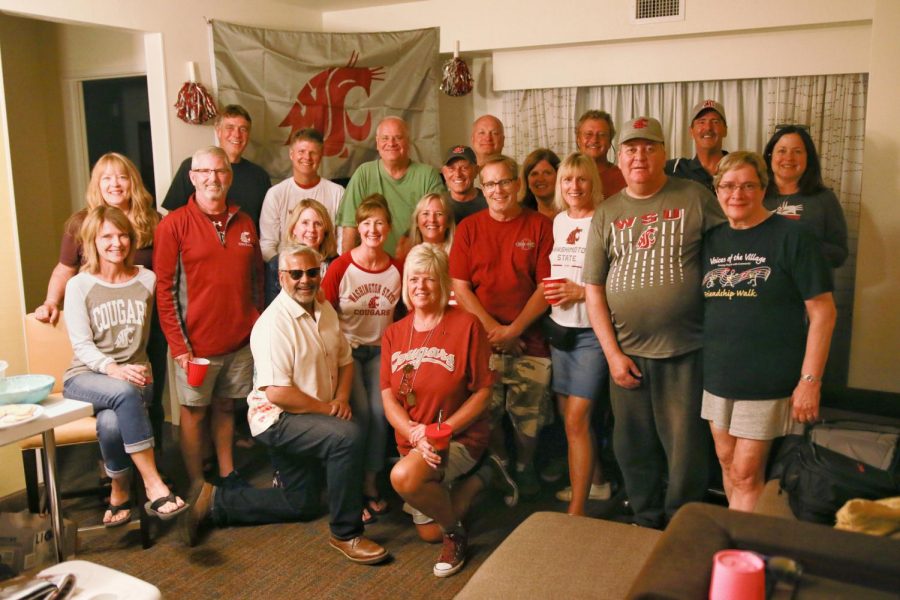 A Cougar tradition 40 years in the making. A group of friends 30+ in size come together at the Residence Inn by Marriott on Friday evening.

This weekend’s football game against Northern Colorado is a special occasion for a particular group of Cougs.

WSU alumnus George Adams and his friends from Neill Hall — back when it was a residence hall — are celebrating their 40th anniversary of knowing each other by convening in Pullman this Cougar Football Saturday.

Every year since they graduated, the group of friends, more than 30 in all, has gotten together to have a party and relive fond memories. For their 40th year together, they decided to return to the place it all began to watch a football game and see how campus changed.

“It was more important to us to include as many people as we could … than it was to go to one of the fancy games,” Adams said.

Neill Hall used to be an upperclassmen residence hall before it housed the math department. Adams and his friends lived there through several life-altering events, including a Mount St. Helens eruption and a bomb detonated by a student in Streit-Perham in 1979, Tom Shobe, who was in charge of organizing events for the group since they graduated, said.

The residents did nearly everything together, including playing intramural sports and going to Moscow for happy hour on Friday nights. On the weekends they would have parties in the basement at Neill Hall, said Diane Fish, another member of the reunion group.

“Neill Hall does it all,” Shobe said.

Since their initial meeting, the group has expanded to include the friends’ spouses and kids, who grew up seeing each other frequently.

“A few of the couples that got married and are still married today were in the dorm together,” Fish said.

Though the group has several members who live out of state, they make a point of getting together at least once a year in a central location. They enjoy fresh-caught salmon and cinnamon whiskey shots before spending the night at the house of that year’s host, Shobe said.

“We’re a pretty responsible group of people who just get together and have a party,” Adams said. “We tell the same stories, tell the same lies that we’ve told the year before and every year they get embellished a little more.”

They have gone to Seahawks games together and have met up in Peoria, Arizona to watch spring training, Adams said.

Shobe sends out birthday reminders on a group email and has for years, just to keep everyone in contact, he said.

This year, the friends will get together tonight for dinner at the hotel where they are all staying. Tomorrow, they will watch the football game as a group. They also plan to see what’s changed around campus and at their old residence hall, Shobe said.

Despite the time spent away from WSU and each other, their college days feel recent and the love the group shares hasn’t diminished, Fish said.

Friends of this Cougar crew are always surprised to see how close they have remained, Fish said.

“It’s kinda unique … even among Cougs, we’re a very close bunch,” Adams said. “When we tell other Cougs what we do, [they say,] ‘You guys are from the dorm and you do that?’”

The bond among this group of friends that began in Pullman has only grown stronger over the years, Adams said.

“I can’t explain it because I don’t know any other people over 40 years who have been this close with their dorm people from college,” Fish said.

This article has been updated to correct a misidentification of Northern Colorado University in the first paragraph. 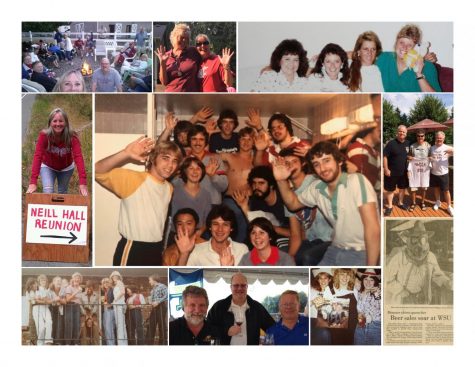