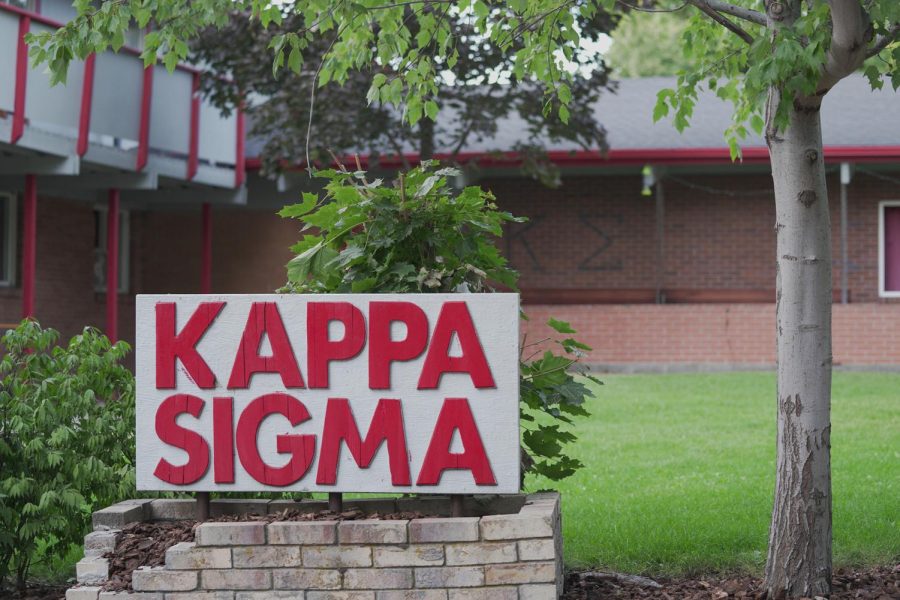 A sign stands in front of the Kappa Sigma fraternity building on Thursday evening. Chapter president Kosay Hartmann said without IFC recognition, the chapter cannot participate in events like homecoming and Greek Week.

The Gamma-Mu chapter of Kappa Sigma fraternity is no longer recognized by the Interfraternity Council due to an alcohol-related incident that occurred last fall.

Kappa Sigma will be unrecognized until fall 2024 and an investigation is still ongoing, said Phil Weiler, WSU vice president for marketing and communications.

Chapter president Kosay Hartmann said the Kappa Sigma headquarters think it was best for the Gamma-Mu chapter to withdraw from IFC so they could focus on growth. The headquarters will allow them to still run as a chapter even if they are unrecognized from the IFC.

The violation was an alcohol-related incident occurred in October 2018, Hartmann said.

Kappa Sigma still needs to abide by rules from the headquarters, he said, and having their recognition revoked allows them to freely recruit and hold social functions whenever they want.

IFC rules are stricter than headquarter rules based on experience, Hartmann said.

There are both the pros and cons in being unrecognized by the IFC, he said. Although they cannot participate in homecoming and “Greek Week,” they can still host their own events.

“One big misconception that people have is that everyone thinks that we’re [an] animal house and we do whatever we want, which is not the case at all,” he said.