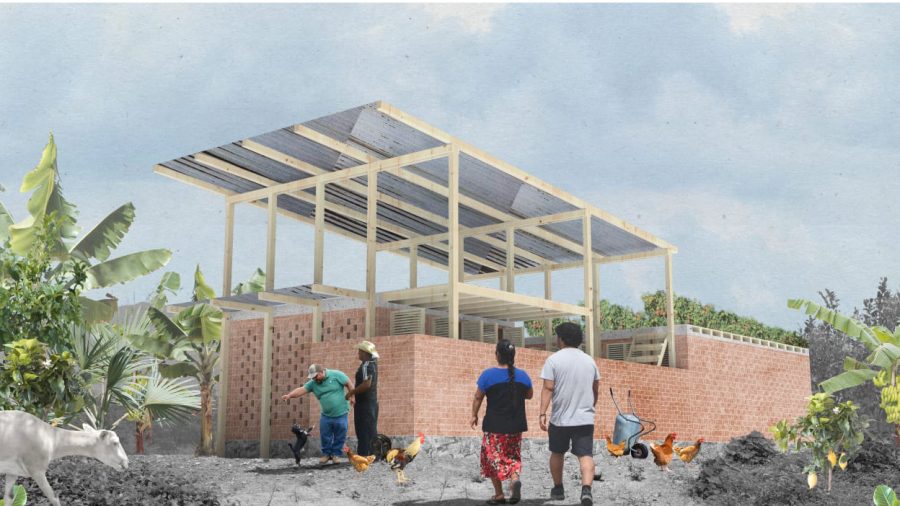 Jimenez and Anderson aim to improve the homes’ structural integrity for the occupants to have a safe environment to live in.

Two WSU graduates will build houses in Mexico for people who live in unsafe housing.

Sean Anderson and Tobias Jimenez have master’s degrees in architecture and believe architecture can provide for people, Jimenez said.

They are aiming to help those that live in informal settlements, which are places where homes are built without connection to resources like running water, sewage or electricity, Jimenez said.

The homes themselves are unsafe because people built them for shelter without knowledge of the proper way to do that, he said.

Anderson said around 25 percent of the world’s urban population lives in informal settlements.

Anderson and Jimenez have designed a house for Jimenez’s mom, Lucina Pimentel, who lives in an informal settlement, Jimenez said.

After they build a house for her, they hope to do the same for other people in the settlement and across Latin America, he said.

The graduates created a methodology called the “architecture of empowerment” to build these houses. It comprises three principles to help people live a life with dignity, Jimenez said.

People living in informal settlements are just trying to survive because they spend their time accessing necessities like water for their daily activities, Jimenez said.

He said the first principle is to give the occupants self-confidence and autonomy in their homes.

“The actual architecture of the house and the functions that it has, the elements that are incorporated, provides the opportunity for the occupants to sort of take responsibility of their own lives and to rely on themselves,” Anderson said.

The second principle is to facilitate the connection between the occupant and the community, which is done by connecting through culture or the environment, Jimenez said.

The design of the house includes rooftop agriculture, so people can produce their own crops and eat or sell them, he said.

The house is designed so it adapts to what people need and can be modified so that people can sell goods in front of their house, Jimenez said.

The third principle of the “architecture of empowerment” model is affordability, he said.

Anderson and Jimenez want the construction of the house to be simple so the occupants can fix the house without the need for a professional, Jimenez said.

For example, Anderson said, the house will have a floating roof that shades it, which means occupants will not have to rely on mechanical systems like air conditioning or fans as much as they would otherwise.

A low-cost house also requires that building materials can be locally purchased, he said.

They hope to start construction on the house in mid-September, Jimenez said, so it will be finished and occupiable in February.

However, they are still trying to get the money needed to start construction, Anderson said.

They started a GoFundMe and asked for $10,000 to go toward materials and tools, Jimenez said. They have raised about $2,000 so far.

Anderson said they have also reached out to organizations to get grants.

They will be building the house along with community members, Jimenez said, and architecture students from a local university also want to help with the construction.

The typical approach to informal settlements is providing the people living there with a shelter, he said.

“We feel like providing a shelter is great, but that’s only part of solving the issue,” he said, “and that actually, it’s sort of like putting a Band-Aid on the issue, like a short-term solution.”