There 's a 100% chance a team named the Cougars will win. 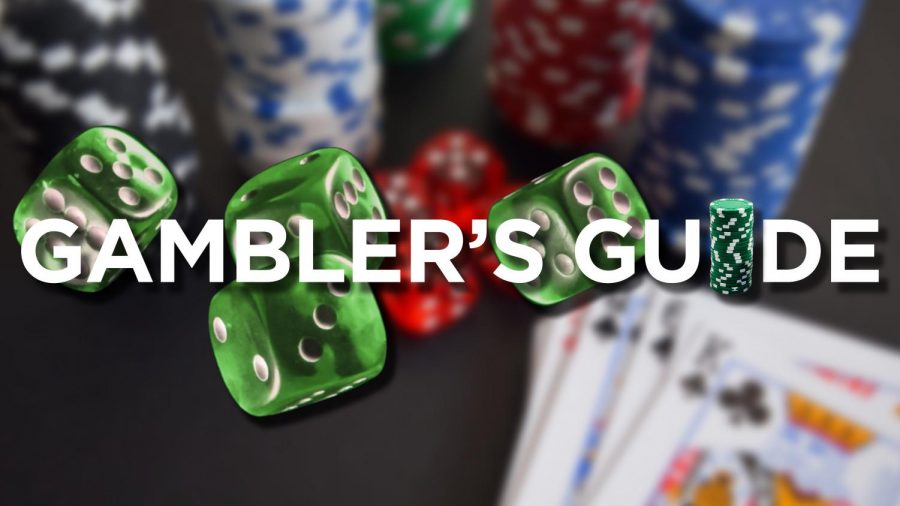 As Method Man of the Wu-Tang Clan once said: “Cash rules everything around me. CREAM, get the money. Dollar dollar bill y’all.”

That idea still rings true to this day and everybody knows the best way to make money is sports prop bets.

“Things like the spread and the over/under are just the government’s way of taking your hard-earned American dollars,” said Nomar Munny, professional sports gambler and self-made millionaire.

The thing is, you cannot just go into prop bet gambling without any information or else you will end up broke really quick.

“My first time with prop bets, I bet a thousand dollars on Prince to use a green guitar when he performed at Super Bowl 41,” Munny said. “If I would have known that he liked the color purple so much I probably wouldn’t have made that bet.”

If you are looking to make a profit when the Cougars play the Cougars on Friday night, then use this gambler’s guide to give you the best chance to make the most money with your money.

Literally anything can be said in a Mike Leach press conference, so this is a hard thing to get right. Your best bet is to pick something random with a decent payout because for all we know Mike Leach could talk about horse racing. With that said here are some of the odds for Leach’s post-game press conference at Houston.

Jacksonville Jaguars quarterback Gardner Minshew has been the talk of the town. There was already a good chance that Leach would talk about it but the fact that Minshew will be playing in the same stadium just two days later makes this almost a lock.

There is no way that no reporter asks Leach about the fact that this game is being played on Friday the 13th. Leach will almost assuredly have some crazy take about superstitions and things being haunted so expect some great soundbites and maybe even a decent payout if you put your money on this.

Last year Leach commented on Mike Gundy’s mullet and they never even played Oklahoma State. The fact that this mullet will be on the other sideline makes this close to a certainty that someone will bring it up. We all know that Leach’s thoughts on Holgerson’s hairdo will be nothing short of legendary.

Mike Leach talking about raccoons, would anyone even be surprised? The odds for this are not very high, only $200 payout on a $100 bet, but if you like free money this is as good as it gets.

The most boring part of each press conference: when Leach talks about the actual game. It is necessary and all that stuff but nobody really looks forward to that part. You would think the odds for a coach talking about the game he just coached would be a lot higher but in this case it is below raccoons.

People are dying to know Leach’s take on brisket and ribs and if he addresses this topic he will not disappoint. He has revealed his disdain for hot dogs in the past so it is clear he will entertain this question if asked. This may be too much of a shot in the dark so if you are not feeling risky then put your money somewhere else.

This one is a long shot. Leach has not given his opinion on this topic before but that does not mean that he never will. He’s got a house down in Key West so it is possible he has even seen one before. If you are feeling a little risky and want to go big or go home put your money on mermaids.

How many times will they mention Gardner Minshew on the broadcast

It seems too low that one of the most charismatic quarterbacks in the history of WSU and now also the NFL will be mentioned only three times. This really relies on anything happening during the game that is more interesting than the Mississippi Moustache. If you have insider information that Minshew will be attending the game then put everything you have on the over because that man is a camera magnet.

Who will be the leading receiver?

This bet is essentially a shot in the dark with the Air Raid, for all we know it could end up being some guy off the streets in Houston who can run a nice 5-yard hitch route.

Winston is the favorite thanks to his connection with quarterback Anthony Gordon but still carries a decent payout of $250 on a $100 bet. If you root for the New England Patriots or Golden State Warriors, then this seems like the perfect bet for you but prepared to be disappointed when it ends up being Clay Markoff.

Patmon is not too far behind Winston in this category. The only thing holding him back is the fact that he has been a leading receiver in a game already.

Arconado led the team last week, which makes him unlikely to repeat the feat. Put your money on him if you hate passes that go more than eight yards down the field and leave the tough guy who runs drags just to gain three yards and get laid out by a linebacker.

Martin has not gained huge chunks of yards yet, but he showed last year that he can rack up yards like nobody’s business. Insider information says Martin’s hometown is only five hours from Houston so expect a big game in front of his family if that is the case. This is the boom-or-bust with the best chance to pay off.

Sweet is not even on the team anymore but for some reason it does not feel too impossible that this ends up happening. You are better off literally lighting a stack of money on fire instead of putting money on Sweet but if you are enticed by the $10,000 payout it makes some sense.

Somehow Markoff has worse odds than someone not even on the team anymore but that just is how the world feels about fullbacks. This probably will not happen but if it does and you bet on it you make a million dollars so it might be worth it.

How long will Mike Leach avoid the halftime sideline interview?

Everyone knows that Leach loves to play a game where he runs away from the sideline reporter trying to talk to him at halftime. He is used to reporters from the Pac-12 network but this game is on ESPN so he will be dealing with the big dogs. The number might seem a little high at 11.5 seconds but insider information says that Leach has a new pair of shoes and has been preparing for this all offseason by doing 30-yard intermittent sprints on his walks to campus.

Will Leach and Holgorson shake hands or hug after the game?

This is obviously the favorite because this is what coaches always do after the game. Even though these are two quirky coaches who do a lot of unconventional things, the safe bet is that they still do a good ole handshake when the whistle blows.

Maybe this is a bit of projecting what people want to see but if these two were to embrace when the clocks hit double zeroes that would be nothing short of legendary. These two are not particularly known to be huggers but anything can happen in Houston and the payout is worth it.