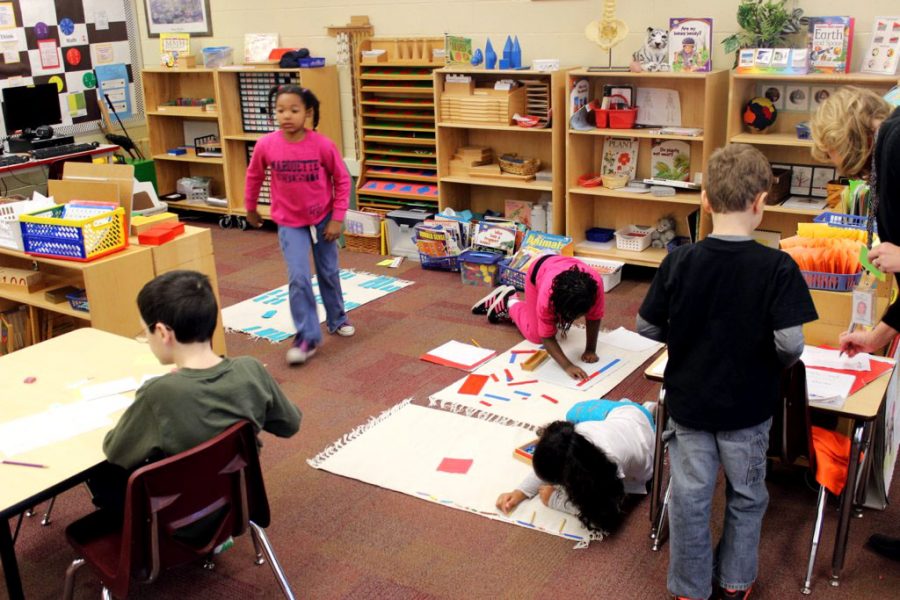 PCSI members plan to adopt the Montessori School method for their classrooms, an education model developed from the scientific observation of children.

The city of Pullman will open the doors to its first charter school in 2021. One of the founding members of the Pullman Charter School Initiative (PCSI), Laylah Sullivan, said the school will be centered around the Montessori method, a data-driven model of education.

Sullivan said PCSI is a small group of members who have experience with Montessori education.

“We all agreed that it was a model that should be accessible to all people, not just those kiddos whose families can afford a tuition-based program,” she said.

The PCSI group researched several options to make the education program accessible to all parents and their children and discovered the charter school was the best option, Sullivan said.

“Teachers have the opportunity to act as educational scientists,” she said. “They are constantly using feedback from their observations of students to adapt their plans and make sure that the education is tailored to that specific child, so it is very individualized.”

PCSI has been working on this plan for a couple of years now, said Beverley Wolff, PCSI founding member.

“This year we were successful in being accepted into the Washington Charters’ School Leadership and Design Fellowship, so that’s brought us a lot closer to having the school,” she said.

Wolff, who is the head of the Montessori School of Pullman, originally trained as a teacher in England, and earned her teaching certificate from the University of London.

“When I had my own children when we moved to the states, the very first preschool they toured was a Montessori school, and I just fell in love with the model,” Wolff said. “This not only will work for my children, but it will work for me.”

The Montessori method supports all learning types, she said.

“It supports the visual learner, the kinesthetic learner, the one who needs to move, and the auditory learner, so it involves lots of the senses,” Wolff said.

She said the children spend a lot of time working together in community.

“They do a lot of community chores, whether that’s unloading and loading the dishwasher, cooking breakfast together, maintaining the environment, or coming together as often as needed as a community,” Wolff said.

If everything goes as planned and the PCSI group receives approval they will open the doors for students K-5, and will expand to K-9 a year later, she said.

“At capacity, we will serve around 290 students, if we are able to offer the ninth-grade incorporation,” Sullivan said.