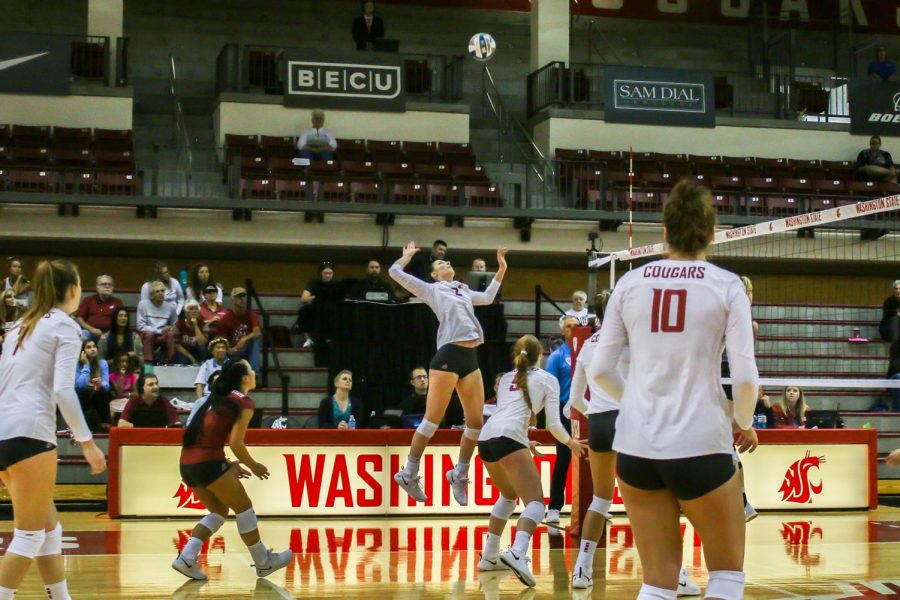 The crowd focuses in as outside hitter Charity Bradley prepares to spike the ball back over the net on Friday at Bohler Gym.

In the first home game of the season, WSU defeated the Idaho State University Bengals 3-0 on Friday at Bohler Gym.

In the first set of the game, WSU started fast with a 5-2 scoring streak but saw its lead evaporate as ISU fought back and got it tied up 18-18. The Cougars strung together a 7-0 run to win 25-18.

In the second set, WSU and ISU responded to each other’s scores until WSU broke away to win the set 25-19.

For the third set, WSU opened on a 7-1 run behind the play of Charity Bradley, redshirt sophomore outside hitter, who finished the game with a team-high of 15 kills. The Cougars never looked back as they coasted to a 25-13 set win.

WSU looks to extend its win streak against the University of Texas Arlington, and Idaho State looks to end its four-game losing streak when it plays Liberty University.