Group working to find information on disease for high-risk population 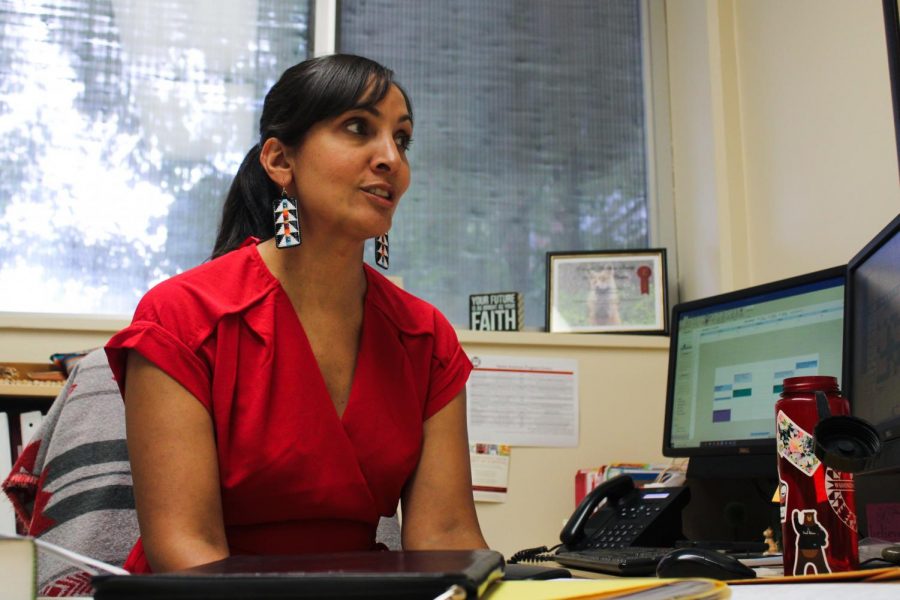 A group from WSU Health Sciences are working to find out risks and protective measures for Alzheimer’s disease and dementia among Native American populations, who have largely been underrepresented in health research.

Native American populations in the U.S. are among the groups most at risk of developing Alzheimer’s and dementia, according to a 2017 report from the Department of Health & Human Services-Centers for Medicare & Medicaid Services.

The report estimated American Indians and Alaskan Natives have a 35 percent lifetime risk of developing dementia, second only to black Americans at 38 percent.

Despite the elevated risk to Native Americans, research principal investigator Lonnie Nelson, a licensed clinical psychologist, said there are not many native researchers to study why these risks occur.

This is caused by a variety of reasons, such as “helicopter research,” where researchers do not share data with their participants, Nelson said. The history of abuses to Native Americans has also created a distrust to outsiders among those communities, he said. Nelson is a descendant of the Eastern Band of Cherokee Indians.

“I don’t think this project would be possible if I didn’t have native descent,” he said.

The study is called “URBAn Native Elders: Risk and Protective Factors for Alzheimer’s and Related Dementias” and will recruit 1,200 native elders age 55 or older from urban populations. The researchers will collect data and use MRI’s to track cognitive health over the next five years.

“These are our culture bearers,” Nelson said. “If they forget our stories and culture, then it’s lost.”

Nelson’s team will also look for risk factors that connect to Alzheimer’s and dementia among the participants and protective measures that decrease the likelihood of occurrence, he said.

“Ideally, we’d like to identify points of intervention,” Nelson said. “There are things we can do to eliminate these risks.”

Eliminating the “helicopter research” is one of the most important aspects to this study, Nelson said. He wants to share the data with the participants and communities they come from to inform patient care and put it to good use.

He said elevated rates of diabetes and hypertension in Native Americans are likely to be the risk factors his group finds.

“There is a whole host of reasons,” he said. “One of them being the cultural genocide that goes back many generations.”

“Native people are invisible in a lot of ways,” Price said.

She said although her great aunt was not Native American, she was a victim of Alzheimer’s when Price was a kid.

“I remember my mom saying she hopes to never go through it,” she said. “It’s devastating.”

She said the Office of Native American Center for Research and Collaborations provides opportunities to anyone who is interested in researching native populations and working with tribes in ethical ways.

Nelson said the underrepresentation of Native Americans in research is changing now that a generation of scholars such as himself have been raised.

“There has been a resurgence of native culture within the last 10 years,” he said.