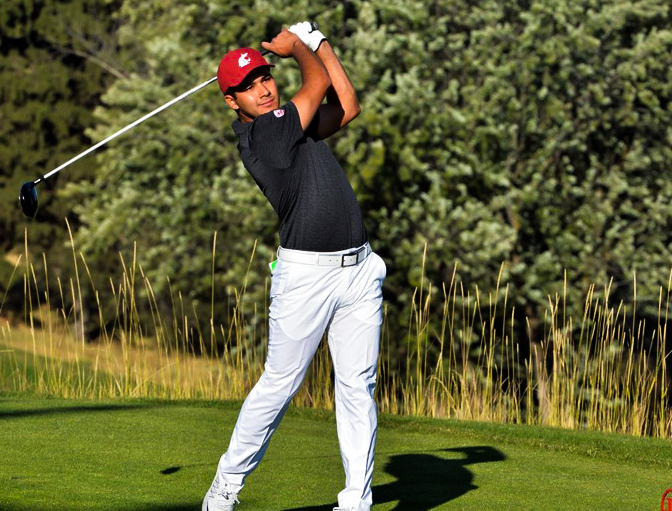 Then-sophomore Daniel Kolar holds his follow through as he watches his ball soar down the fairway.

The WSU men’s golf team played at the Husky Invitational in Bremerton, Washington, which concluded with WSU near last place despite a good performance from senior Daniel Kolar.

The WSU men’s golf team took to the course Monday morning at the Gold Mountain Golf Club to play two 18-hole rounds on day one of the Husky Invitational. The day ended with WSU looking up at the competition as it stood in 13th place out of 15 qualifying teams with a score of 597 (+21).

WSU tees off next on Oct. 7 in Bridgeport, West Virginia, for The Health Plan Mountaineer Invitational at the Pete Dye Golf Club.