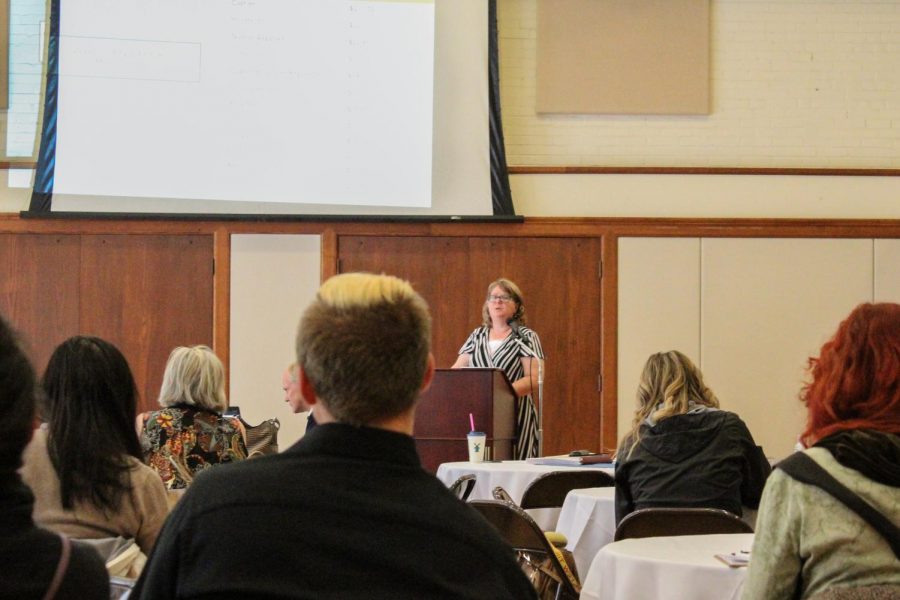 Intermountain Fair Housing Council explained how local landlords could better market and manage their properties and tenants on Wednesday at the 1912 Center in Moscow.

The city of Moscow worked with the Intermountain Fair Housing Council (IFHC) to host a fair housing training event for landlords and tenants on Sept. 18 at the 1912 Center.

Ken Nagy, attorney for IFHC, said the council is required under its grant to hold training all over the state for housing providers.

IFHC has done the training for decades since its inception, he said.

“I’m doing it because it is important for landlords to hear the law and to understand their duties relative to fair housing,” he said.

The goal of the event is to increase awareness, and understanding of fair housing requirements is the goal, Steven said.

Nagy said the IFHC’s purpose is to increase compliance with those discrimination laws so that people don’t have their rights violated.

IFHC wants to make sure housing providers know what the laws surrounding fair housing are, and tenants should know what their rights are and how to file a complaint, he said.

“We’re seeing a lot of previously common violations for the Fair Housing Act that are decreasing in numbers,” Nagy said. “There are still violations happening, but landlords can avoid making those violations.”

Compliance with the laws has been increasing in recent years as well as understanding the basic requirements of the law, he said.

There will be another fair housing training event that will begin at 8:30 a.m. on Sept. 19 at the City Hall second floor conference room in Lewiston.