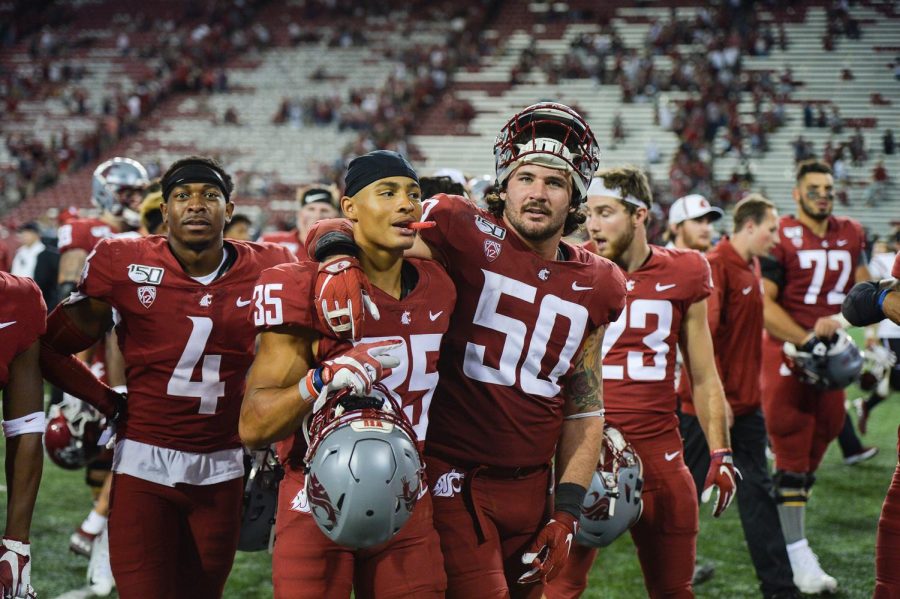 Players exiting Martin Stadium after their win on Aug. 31 against New Mexico State.

HBO Sports executive producer Rick Bernstein announced in an HBO press release that they finalized a series to feature college football teams during October, including the No. 19 WSU football team for two games.

The WSU debut dates are Oct. 16 for the ASU game and Oct. 23 for the Colorado game, according to HBO’s press release.

This version of the 24/7 franchise will be on college football instead of professional football. The series focuses on the teams as they prepare for their games as well as the lives of the head coaches, players, assistant coaches and more, according to HBO’s press release.

The series opens with a feature on the Florida Gators when they play Towson University on Sept. 28. The second episode will air Oct. 9 and cover the Penn State Nittany Lions when they play Purdue on Oct. 5, according to HBO’s press release.