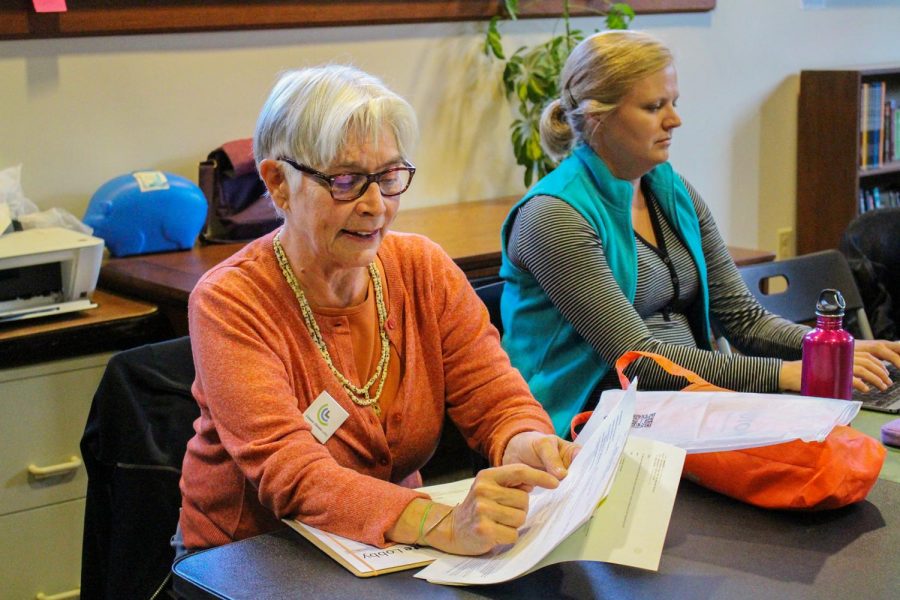 The Palouse chapter of the Citizens’ Climate Lobby planned to push for stricter environmental laws in Whitman and Latah counties on Thursday night at Moscow’s 1912 Center.

“What we do ultimately is lobby. We are a nonpartisan, grassroots organization,” Mary Dupree, co-leader of Citizens’ Climate Lobby, said. “We’re international, over 400 chapters in the U.S., over six in Idaho. We are citizens who are working to persuade the U.S. government to take aggressive action on climate change.”

CCL members plan to lobby congress to put a tax on carbon, so fuel company practices that are unfriendly to the climate are no longer profitable, she said. If companies pay to put emissions in the air, Dupree said, it is an incentive to participate in more climate-friendly actions.

The tax they are supporting would benefit all households by giving them a tax rebate, she said.

“That will allow U.S. households to cope with higher fuel costs, because the companies are going to pass on their higher costs to individuals, or invest in solar energy, or to buy a new car or to take a trip to Baja,” Dupree said. “It’s up to people to spend the money how they want to spend it.”

Another item on the agenda was the climate strike Friday in Moscow.

Members of CCL are planning to take advantage of the opportunity and pass around a signup sheet for their organization at the strike.

A big part of the push is getting county commissioners to support the tax initiatives, Dupree said.

“We had decided that we would approach the commissioners individually that haven’t been on board yet. They’re all farmers, so we thought we’d meet with farmers and bring farmers into the loop,” said Judy Mueth, co-leader of Citizens’ Climate Lobby.

Dupree said another item on the agenda is reviewing how the CCL is working with the Sierra Club toward making Moscow 100 percent fueled by renewable energy soon.

“They [citizens] can let their legislatures know that they really care and that there are solutions out there,” Dupree said. “The climate crisis is not hopeless, there are very specific things that Congress could do.”