Planetarium hosts evening among the stars

Solar System Sensation educates students and families about the galaxies, what they’re made of 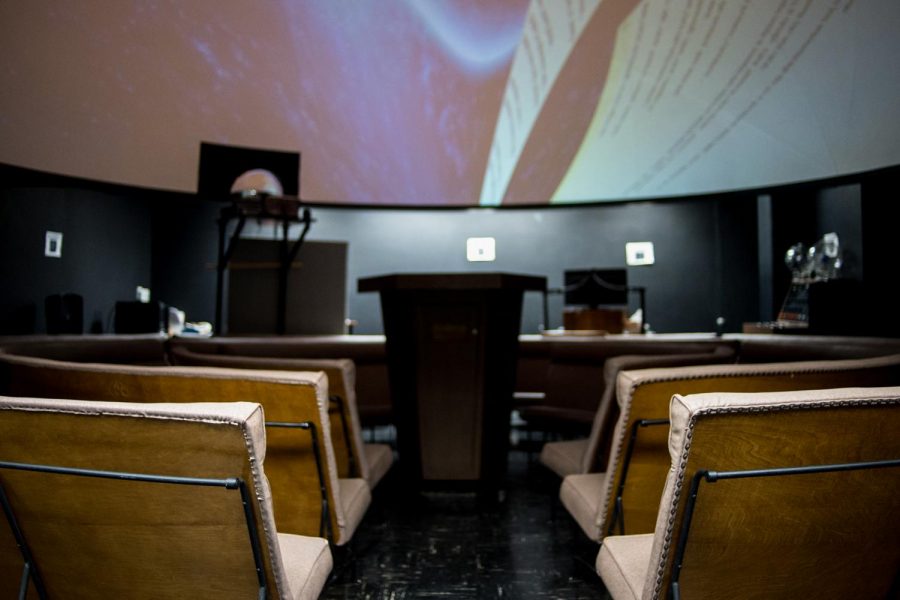 “It [the event] is about connecting people with science,” Jessica Jones said Friday evening at the WSU Planetarium in Sloan Hall.

A dark room full of glittering stars, the Harry Potter theme playing in the background, the hushed whispers of parents talking with their children and then a flash of bright color on the dome; it’s showtime.

Families and WSU students alike gathered to watch the musical presentation on the solar system, learning about various asteroid belts and the composition of moons.

Karl Dieseldorff and his spouse are starting to homeschool their children, and they wanted to start out with something interesting. Some of the family’s favorite parts of the presentations were portions on the sun and the moon, he said.

The Solar System Sensations was popular with schools and parents looking for a fun way to teach their children about the solar system. Dieseldorff said they are also likely to recommend it within their homeschooling group in Rosalia.

“I’m really interested in the stars,” said one of the Dieseldorff girls.

The program was well-received by the family as it was in line with their children’s fondness for documentaries and science. This was the children’s first planetarium show, and the family hopes to attend more now that they know the children enjoyed it.

The planetarium was built in 1962 for university students studying astronomy, and people have held public events like this since 2014. This weekend’s presentation was created in the last couple of years, said Jessica Jones, one of the planetarium’s presenters.

“[The event] is about connecting people with science,” Jones said.

The WSU Planetarium holds around five events every month throughout the course of the year. Jones encourages people to attend similar shows. She said she is excited about the upcoming Halloween event called Haunted Skies on Oct. 25 and Oct. 27.

For those wishing to look for upcoming events, they can check out the events tab of the WSU Planetarium website at physics.wsu.edu/about/planetarium.