OPINION: Conscription should be mandatory for everyone 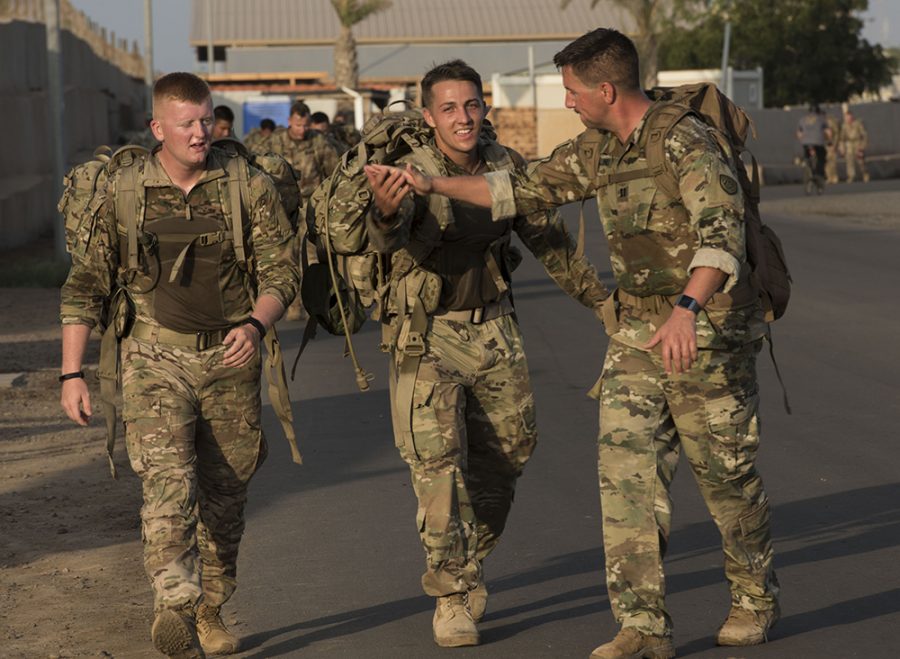 Requiring military service would give young adults time to develop physically and mentally, while also giving them a chance to learn life skills and gain traits that could make them more hireable.

College students often aren’t considered full adults because the brain isn’t fully developed until around 25. Therefore, a way to help young adults develop mentally and physically would be mandatory conscription for all healthy graduates of high school. With no other exceptions.

“I believe there should be mandatory conscription,” said music instructor Dave Snider, who spent 24 years in the Air Force. “[Service] enhanced my skills.”

The military isn’t all about combat and destruction. In fact, it can be a realm to hone one’s professional skills as well as instilling traits that can make you more successful.

“The military are the smartest, the healthiest group of people anywhere in the world,” Snider said. “You have to be deployable, and you have to be able to do your job.”

For most career paths, military experience can easily benefit anyone. Every branch has a legal, medical and public relations department, as well as many more options for those who do not want to focus on combat roles.

These jobs will enable many people to see the world, and give them the possibility to experience new cultures abroad as well as at home.

The armed forces of America advertises that people can see the world while in uniform, and in many instances it is true. There are hundreds of military bases all over the world, and many of them are in locations that would be otherwise inaccessible to many Americans.

“I was the first of 80 westerners to march in Red Square with the Air Force band,” Snider said. “We marched in Red Square on VE [Victory in Europe] Day in May of 1993, celebrating the end of World War II.”

Travel is not the only possible benefit from mandatory conscription after high school. The military can teach important professional skills that may not be learned by many until they start their first job after college.

“In the military, if you’re a f-ckup, you’re out,” Snider said. “They don’t f-ck around with being late. You show up on time.”

Timeliness and professionalism are things that cannot be learned simply by going to class. The military can do a lot for people who may struggle further down the road in terms of professionalism and grace under pressure. Service in the military can be a stressful time, and while many might not use the training they had for their job in the military, they can certainly use their strategies for managing stress.

“They’ll learn once they get into the real world,” Snider said. “This job isn’t like a class you want to miss. Sorry, you’re fired.”

The standard contract for someone enlisting in the U.S. military is four years. However, if conscription were implemented, it would be less. Israel, Russia, Norway, Austria, Taiwan and many other nations enlist people for fewer than four years.

Basic combat training in the army is ten weeks. If you wanted to continue to a different job, that adds more time. Training to be an electrician in the army would take an additional seven weeks. These jobs could help kickstart careers or just give individuals very valuable skills that they would not have learned otherwise.

While conscription might not be people’s ideal way of dealing with newly graduated high schoolers, this helps level the playing field for people in this country who are disadvantaged. The military has a wealth of benefits, and this can give access to some form of healthcare even if it may not be the best. It also offers university tuition assistance.

Putting into practice a mandatory year and a half conscription system would directly benefit many Americans who deserve opportunities that would not be possible otherwise.

“[Former military] are reliable. They’re on time. They know what dedication and loyalty is,” Snider said. “They know what it’s like to work, [serving in the military] will really take a young person and turn them into adults.”