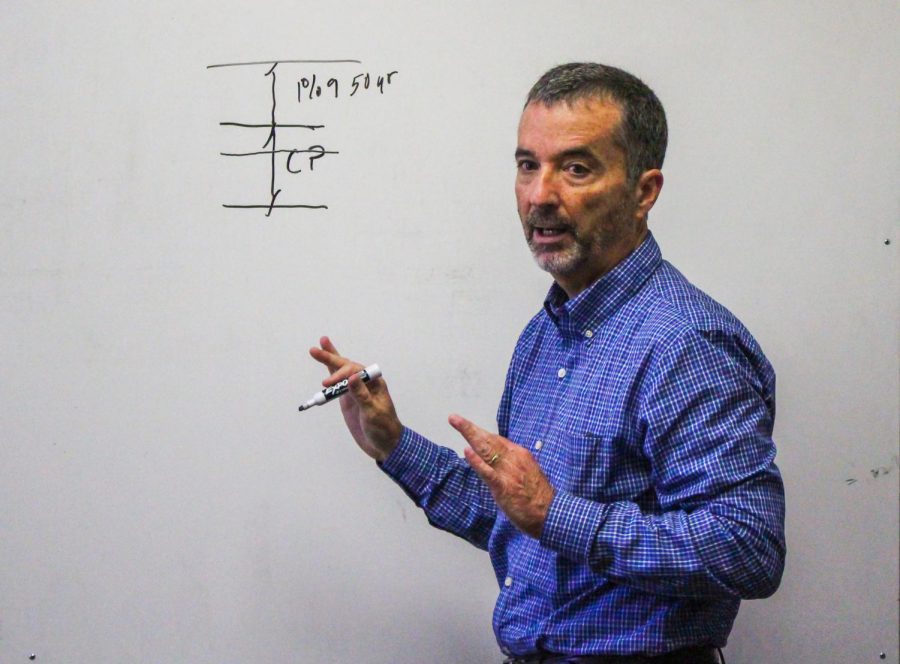 A new computer model that will help the Palouse Basin Aquifer Committee (PBAC) monitor and study the Grande Ronde aquifer, which is Pullman’s main water source, is under development.

Kevin Gardes, Pullman Public Works director, said the project is being led by a group of post-doctoral students and professors at WSU.

“The model will also help us [gain] a better scientific understanding of how the aquifer functions. It will help us make better water decisions,” he said.

Since 2006, the Grande Ronde aquifer’s water levels have been decreasing at an average of about 0.7 feet annually, according to the 2017 Annual Water Use Report by PBAC.

The Grande Ronde aquifer, an underground water reservoir stored in between rock layers, is part of the Palouse Groundwater Basin. Whitman and Latah counties depend on this basin for their water supply, according to the report.

The report shows that 2.44 billion gallons of water were pumped from the basin in 2017. Pullman was the biggest user of the basin, pumping 930 million gallons, accounting for 38 percent of the water pumped that year. Moscow and other small towns in the Palouse also use the basin’s water supply.

Gardes said a computer model was developed in 1992 to limit pumping and stabilize the aquifer.

“We actually exceeded what the model had said we needed to do in order to stabilize the aquifer,” Gardes said. “Unfortunately, the aquifer didn’t stabilize.”

The University of Idaho is also doing research to locate places where the water can easily seep into the aquifer, Gardes said. Pinpointing those zones can help groups design projects that can help the aquifer receive more water.

“Water that might typically run off into the ocean could be captured and allowed to infiltrate into the ground and into the aquifer,” he said.

The recharge rate can increase if more water seeps into the aquifer faster. However, the aquifer is covered by layers of rock and soil, Gardes said.

Heinse said several conservation efforts have been made to address this issue. The PCD encourages and helps landowners install riparian buffers, which help retain water and increase a stream’s water level, she said. The PCD also aids with wetland restoration, which helps retain spring runoff.

The PCD implemented 330 acres of riparian buffer, she said. They have also implemented 51,000 acres of conservation tillage to help farmlands retain more water.

Gardes said the city of Pullman offers toilet rebates. Since the program’s inception about 10 years ago, the city has put in about $250,000 dollars for this water conservation effort. There are also rebates available for washing machines and landscaping. Free conservation devices, like bathroom faucet aerators and lawn timers, are available at the city hall.

“Be aware that water is a precious resource,” Gardes said. “We need to all do our part to protect it and preserve it.”

Various groups from the area, including PBAC, will be discussing this issue at the Palouse Basin Water Summit. The event will be free and open to the public. It is set to happen from 4:30-8 p.m. on Oct. 10 at the SEL Event Center.