Club come together to share foods from different cultures 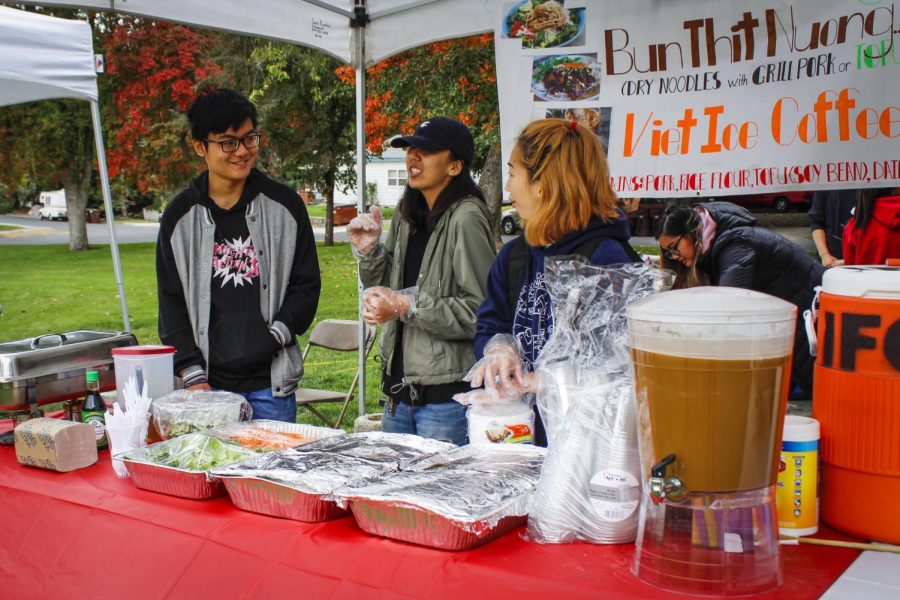 “We want to promote other cultures and the diversity of people,” Adrian Figo Prayitno said Sept. 18.

Party in the Park will showcase a variety of dishes and entertainment from different cultures for students, families and locals. The event was created by the International Students’ Council to celebrate diverse cultures.

A local DJ will help keep the party going. Or if you would rather jump in a different way there will also be a bouncy castle. Different clubs in the International Students’ Council will also table and sell food.

“You can taste actual food from their own culture,” ISC President Ximeng Li said.

Some of the clubs involved are the Japanese Student Association, the Middle Eastern Students Association, and the Association for Bangladeshi Students and Scholars, Prayitno said.

About 12 clubs of the 20 total clubs under the council have signed up for the event so far, Li said.

ISC is a part of ASWSU and it provides the participating clubs with funding, so all the profits go back to the clubs rather than the council, Prayitno said.

The event is free to attend, but clubs will accept cash or Venmo, a third-party money exchange system, to purchase tickets for food at the event, he said.

Around 200 people came to the event in previous years, and they expect around the same attendance this year, Li said.

Those interested in volunteering for the event can contact the ISC through email at [email protected] Volunteers will receive one ticket to redeem for food, Li said.

“We want people to embrace differences in cultures,” Prayitno said. “They can also experience food and games that usually is connected to each culture.”

The Party in the Park goes from noon to 5 p.m. on Sunday at Reaney Park.