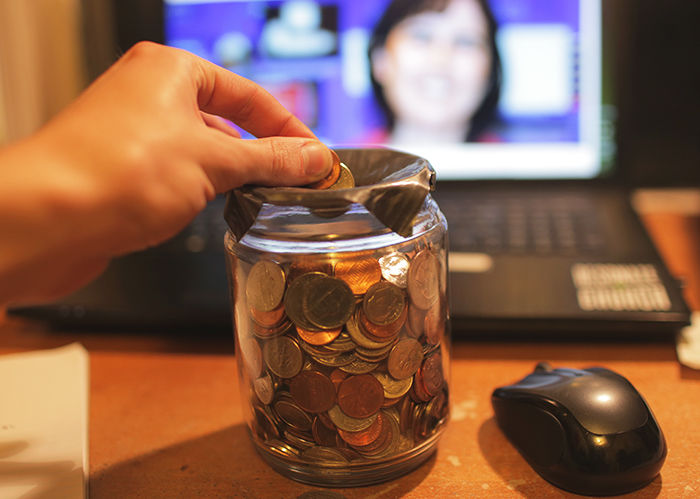 Over the long term, there may be more benefits to saving money instead of utilizing loans and credit.

As if spare change were not a gag in and of itself, mine eventually reaches a jar labeled “college tuition,” as if a little saving a day could finance college anymore.

Unlike previous generations, ours has financed college largely through loans. The cheapness of credit since the Great Recession has contributed to the ease of taking out student loans, but that era in monetary history seems to be ending.

In a press release by the Federal Open Market Committee (FOMC), optimism in current and future labor market conditions and economic inflation has prompted an increase in the targeted federal funds rate to between 0.5 and 0.75 percent.

“The stance of monetary policy remains accommodative,” according to the press release, “thereby supporting some further strengthening in labor market conditions and a return to 2 percent inflation.”

To simplify this, the federal funds rate is the interest at which banks lend money overnight to each other to maintain a federally regulated amount of cash on hand. This means we need not worry on a regular basis over whether dollars will magically appear from the ATM, at least from the standpoint of banks having cash to give us.

Over time, an increase in this rate will be passed on to participants in the financial system: us. This will be reflected in the amount of interest returned on savings, but also in the interest we need to pay on credit cards and, most importantly, those dreaded student loans.

“Federal loans are tied to the 10-year Treasury rate, which factors in the Fed’s anticipated interest rates over the coming decade,” Russonello wrote. “Students planning to take out loans in the next few years can expect the government’s student loan rates to rise.”

Note that Russonello discusses students planning to take out student loans, affecting those considering graduate school or seniors in high school. This caveat is important. Since federal student loans originating after 2007 have fixed interest rates, the majority of current Cougars need not fret over their current student debt.

There are, however, two sides to changing interest rates. On one hand, this will increase the interest charged on future student loans; on the other, this change could incentivize student saving, despite the fact that students, on average, are net borrowers.

The short-term development will be more expensive credit. Over the long term, however, the increased cost of borrowing money will be offset by added benefits of saving. This means we have a shot of actually being able to save to retirement.

Aside from just savings and loans, the increase in the federal funds rate should be a positive portent for all Cougars.

“This is a good signal that the labor market is improving, that it is returning to normal,” said Mark Gibson, a WSU assistant professor of economics. “The Board made this change with the view that the economy is returning to full health.”

Hence, Cougar graduates should find it easier to find and keep gainful employment in the near future. Further increases will signal greater confidence in future economic growth.

So, despite the increasing expense of all types of credit, which these interest rates increase, we should all take this to heart: student loans might become more expensive, but more conventional ways of paying for college might again become the standard.

Hopefully, the jar of spare change labeled “college tuition” will become less of the joke it currently is.

Tyler Laferriere is a graduate student pursuing his master’s in economics from Phoenix, Arizona. He can be contacted at 335-2290 or by opinion@dailyevergreen.com. The opinions expressed in this column are not necessarily those of the staff of The Daily Evergreen or those of The Office of Student Media.