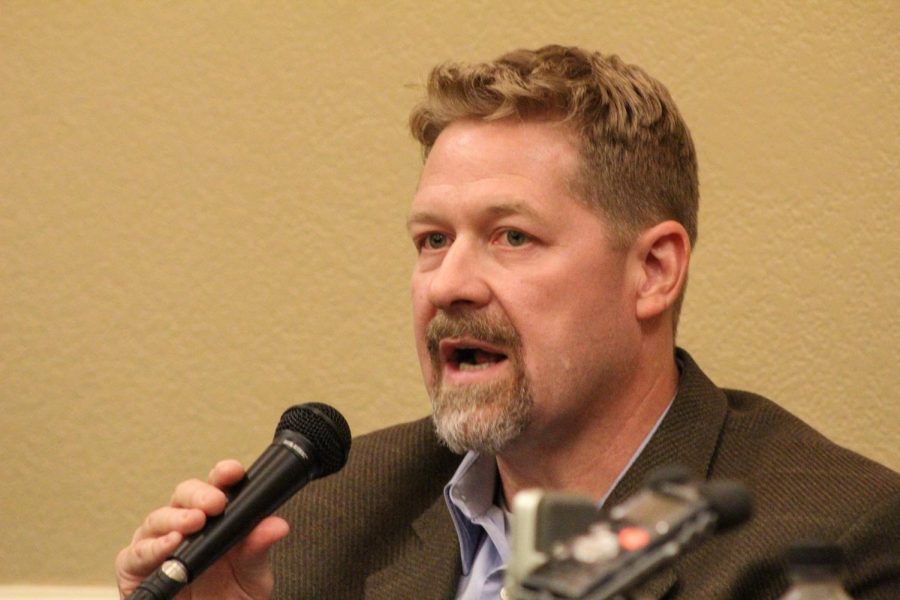 City council candidates told residents about their priorities including responsible use of public funds, continued city development and community outreach at a forum Wednesday night at the Holiday Inn Express & Suites.

The forum was meant to give citizens a chance to hear the candidates and involve younger residents in the election process, said Tony Poston, founder of Pullman Young Professionals.

Residents focused questions on making the candidates explain what they will do as a city council member and how they will promote better business and life in the city.

Ann Parks, running for Ward One said that her favorite part of the job is communicating with city residents.

“When people have questions, I don’t feel like I have the answer, but I do know where to go to get the answer, to get them connected,” Parks said.

One of her biggest priorities is making sure the airport runway is completed because it will increase business and promote tourism, she said.

Chris Johnson, also running for Ward One, said he wants community members to feel heard by the council.

He said his priorities include taking care of the taxpayers by looking at the quality of public services like roads, instead of focusing on more additions to the city hall.

Eileen Macoll, running for the at-large position, said that she wants to solve problems facing the community.

“We need to be able to move things forward, to find tools, to challenge our city staff, to make things happen,” Macoll said.

Making sure the city development plan doesn’t get stalled and ensuring the city takes full advantage of it is a major priority for her, Macoll said.

Francis Benjamin, running for the at-large position, said connecting to the community and working with people is what keeps him engaged.

“I’m focused on, ‘How do we build the community together?’” Benjamin said.

He said his priorities include finishing the city’s infrastructure projects, like the terminal at the airport and south bypass.