Seniors look to row a strong race on their home course 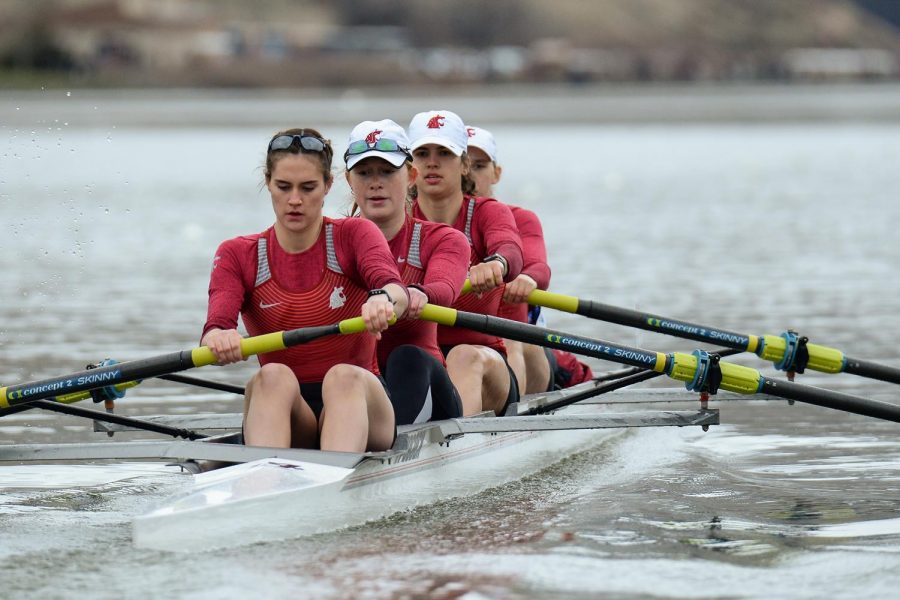 The first varsity four races on March 24 at Wawawai Landing.

WSU’s rowing team will face Gonzaga at 9 a.m. on Saturday in Colton, Washington.

The athletes look to carry over their hard work put into the offseason into what will be their first match of the season.

Senior Isabella Cristelli said everyone has worked hard this offseason and she is pleased with the work ethic of her teammates.

“I’m really impressed with the effort that everyone has been putting forward this year,” Cristelli said. “I’m feeling confident that my teammates will race the hardest and give everything that they’ve got.”

Cristelli said that the main goal of the season is to of course to reach the NCAA tournament, something they did not achieve last year.

“I think that is something that we are all really hungry for,” Cristelli said. “It is the ultimate goal for us and one we are definitely focused on early in this season.”

This being her senior year, Cristelli also said it is hard to believe this is the last time she can say this is her first match of the season.

Senior Madeleine Bingham said one of her focus points going into the match is to have her team key in on the importance of uniting as one to become stronger.

“As a senior class one of our goals would be coming together more and being strong as a unit,” Bingham said.

Bingham also said that one of the things the senior class has excelled at is providing guidance for the freshmen.

This year’s freshmen class consists of fifteen rowers. The underclassman had an impressive offseason and turned the heads of some of the older athletes.

“Seeing competition from the underclassmen pushes everybody to get better,” Cristelli said.

As far as preparation goes, both Bingham and Cristelli said that the number of water practices they were able to participate in will have a positive effect on the team this season.

“Getting that water experience is always important,” Bingham said. “Having that at the beginning of the year is important.”

Cristelli wants to go into this race-ready to put her best foot forward and she expects the same from her teammates.

“Since this is the first race of the season, we cannot expect anything to be perfect,” Cristelli said. “Just to feel confident that we threw down our best race of the day and put everything into it that we had.”

The rowers will begin the race against Gonzaga at 9 a.m. on Saturday at Wawawai Landing.